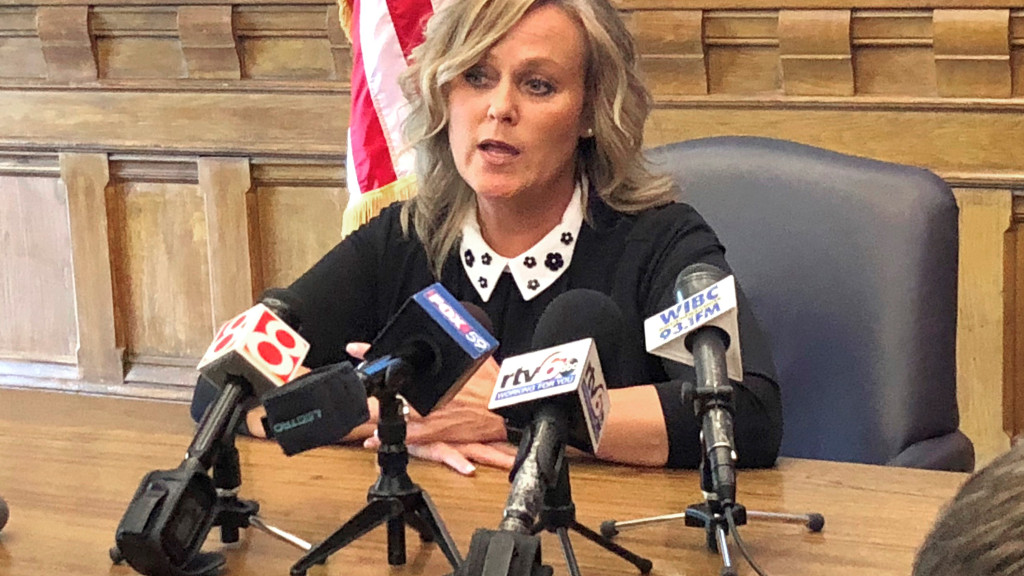 (CBS/AP) — The Democratic candidate for Indiana governor is trying to spur support in the last days of the campaign by highlighting the state schools superintendent position that isn’t being decided by voters for the first time in more than a century.

Under new state law, the state schools chief is no longer on the ballot. Instead, a secretary of education — largely charged with implementing and administering policy — will be appointed by the governor, bringing a new emphasis on education to the governor’s race.

Myers said during a news conference Thursday that “the dire situation for Indiana teachers” has created a need for an education secretary “who will put Indiana teachers, kids and schools back on the right track.” McCormick, he continued, “already knows” how to do the job.

The switch to a governor-appointed state education secretary was originally approved by Indiana’s General Assembly, with a planned start date of 2025. Lawmakers filed legislation last year to move the change up to 2021, however, after McCormick announced that she would not seek a second term in 2020.

McCormick said Thursday she switched her position and accepted the tap from Myers to ensure “continuity” within the state’s education department, especially amid the ongoing coronavirus pandemic. Her “outrage” over “woefully underfunded” teachers and schools across the state also influenced her desire to remain in office, she said.

“I know how difficult my position is,” McCormick said. “It’s also frustrating what’s happening regarding public education, and some of the policy-heavy ways Indiana is approaching K-12.”

McCormick’s recent endorsements of Democrats laid bare her split from Holcomb and GOP legislative leaders since she was elected to be state schools superintendent in 2016 with Republican Party support. She has disagreed with Republican legislators on several education issues including the use of standardized testing to rate schools and teachers, and her support for increased scrutiny of charter and voucher schools that receive state money.

After McCormick endorsed Myers for governor last month, a state Republican spokesman said it was “not surprising that a Democrat is endorsing a Democrat.”

McCormick said Thursday her endorsements are an attempt to help break the Republican supermajority in the Indiana legislature. Her hope, she said, is “to get some champions of public education” in the Statehouse.

Libertarian gubernatorial candidate Donald Rainwater announced Thursday he would select as education secretary Dawn Wooten, an English instructor at Indiana University-Purdue University Fort Wayne, if he’s elected governor in November. Wooten ran as a Republican candidate for Indiana superintendent of public instruction in 2016 and was defeated by McCormick at the Republican state party convention.

During a news conference Thursday, Wooten said she would eliminate Common Core academic standards and standardized testing, and “streamline” Department of Education funds to “improve Indiana schools and compensate our teachers as they deserve.”

Rainwater, an information technology manager from Westfield, has gained support from some conservatives for his criticism of Holcomb’s statewide mask mandate and other executive orders issued over the past seven months in response to the coronavirus pandemic.

Holcomb has so far remained quiet about any potential appointment picks, telling WYFI Public Media earlier this month that he’ll review recommendations after the November election.

The governor already appoints the majority of the members of the State Board of Education — the body tasked with setting much of the state’s education policy.

Roughly 37 other states across the country also select the state’s education chief through appointment. Opponents of the new process in Indiana have argued the move concentrates power with the governor at the expense of voters. Republican state legislators maintain the appointment change will allow better coordination between the governor and the state’s Department of Education.