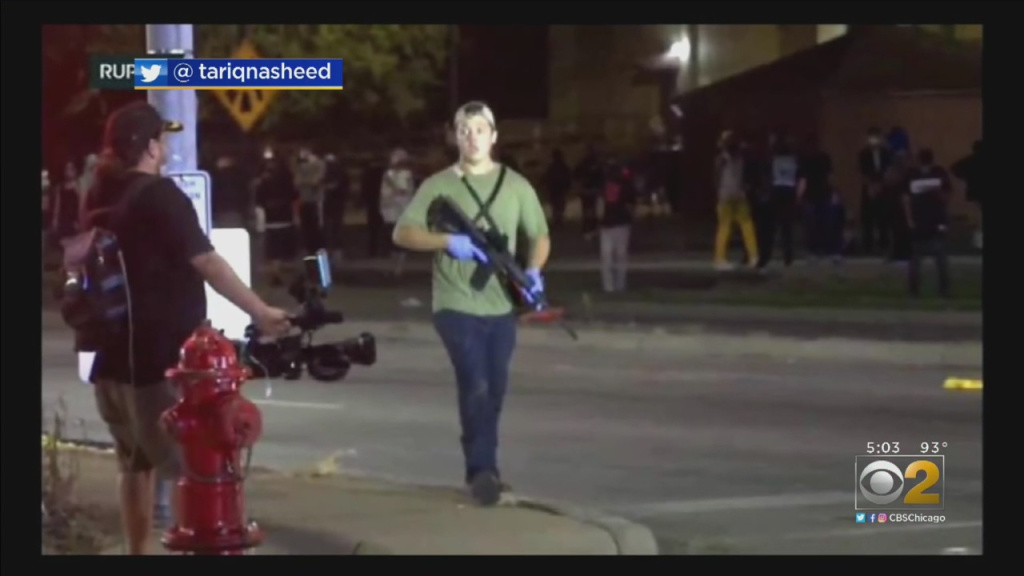 CHICAGO (CBS/AP) — A Lake County judge has agreed to extradite 17-year-old Kyle Rittenhouse to Wisconsin to face homicide charges in the shooting deaths of two protesters in Kenosha.

Rittenhouse’s attorneys had argued the extradition documents were flawed, claiming there was insufficient evidence the complaint filed against him was signed by a judge. However, Lake County Judge Paul Novak ruled defense attorneys presented no evidence of their claims, only arguments. He also noted the warrant was signed by both Wisconsin Gov. Tony Evers and Illinois Gov. JB Pritzker.

“From the face of the rendition warrant in this matter, it does satisfy the facts necessary to the validity of issuance,” Novak wrote.

Novak ruled that, even if the criminal complaint filed against Rittenhouse had not been signed by a judge, it still would have been sufficient to warrant extradition, because it contained an affidavit signed by a prosecutor that it was sworn to before a judge, and that a second judge in Kenosha County later determined there was sufficient probable cause to arrest Rittenhouse.

Rittenhouse’s attorneys also had argued that video of the shooting clearly shows he was acting in self-defense, and that as a minor he would be in danger if he were held in an adult jail. Novak said he has no standing to rule on those issues, since the charges were filed in Wisconsin.

“These are matters that can be raised in Kenosha County, Wisconsin, through pre-trial proceedings or during trial,” he wrote.

An Illinois judge said he will decide late Friday afternoon whether a 17-year-old accused of killing two demonstrators in Kenosha, Wisconsin, should be extradited across the border to stand trial on homicide charges.

Defense attorneys have said the charges against Rittenhouse are politically motivated and that extraditing the teenager would violate his constitutional rights.

Lake County prosecutors have said those arguments were irrelevant on the question of extradition and that it’s the role of a Wisconsin judge, not one in Illinois, to decide whether there are sufficient grounds for charges.

Defense lawyers had indicated before the hearing in Waukegan that they would call witnesses, including Kyle Rittenhouse’s mother, Wendy Rittenhouse, to try to block his extradition. But they called no one and said they had chosen instead to focus on legalities of the case.

The killings occurred on Aug. 25, two days after a white police officer trying to arrest Jacob Blake shot the 29-year-old Black man seven times in the back, paralyzing him from the waist down. Video of the shooting posted online sparked outrage and helped spur on the protests.

The case has become a rallying point for some conservatives who see Rittenhouse as a patriot who was exercising his right to bear arms during unrest. Others portray him as a domestic terrorist who incited protesters by showing up wielding a rifle.

State-to-state extraditions are typically formalities and judges rarely refuse another state’s request to transfer a suspect. Efforts to fight extradition are nearly always in vain but can help attorneys buy time to compile evidence and prepare a defense.

The most serious charge Rittenhouse faces in Wisconsin is first-degree intentional homicide, which carries a life prison sentence. He is also charged with attempted intentional homicide in the wounding of a third protester, as well as a misdemeanor charge of underage firearm possession.

Rittenhouse and the man he allegedly injured are white, as were the two men who were killed.

A day after the shooting, Rittenhouse surrendered to police in his Illinois hometown of Antioch, some 10 miles (16 kilometers) southwest of Kenosha.

Lawyers for Rittenhouse have argued he was acting in self-defense and that extraditing him to Wisconsin would violate his constitutional rights.

In one filing, they complained that Rittenhouse had been “publicly branded a ‘mass murderer,’ a ‘terrorist,’ a ‘racist,’ and more.” At a hearing in early October, Rittenhouse attorney John Pierce said, “This is not a legitimate criminal prosecution; it is a political prosecution.” Defense lawyers have also said his extradition would be akin to turning him “over to the mob.”

The Rittenhouse defense team was broaching “irrelevant and inflammatory ‘facts’ which are solely meant to sway sympathy and public opinion through the media in favor of the defendant,” Lake County Assistant State’s Attorney Stephen Scheller responded in a recent filing.

Illinois Gov. J.B. Pritzker signed a warrant to return Rittenhouse to Wisconsin after a request from Wisconsin Gov. Tony Evers, a fellow Democrat. Mike Nerheim, the Lake County state’s attorney, has said he’s never seen anyone fight extradition after the governor signed a warrant for it.

Legal experts say that on the rare occasions when state extradition cases are contested, defense lawyers usually argue that either no crime was committed in the other state or that the defendant was not the person who committed whatever crime occured.

According to prosecutors and court documents, Rittenhouse killed 36-year-old Joseph Rosenbaum, of Kenosha, after Rosenbaum threw a plastic bag at Rittenhouse, missing him, and tried to wrestle his rifle away.

While trying to get away in the immediate aftermath, Rittenhouse was captured on cellphone video saying, “I just killed somebody.” According to a complaint filed by prosecutors, someone in the crowd said, “Beat him up!” and another yelled, “Get him! Get that dude!”

Video shows that Rittenhouse tripped. As he was on the ground, 26-year-old Anthony Huber, of Silver Lake, hit him with a skateboard and tried to take his rifle. Rittenhouse opened fire, killing Huber and wounding Gaige Grosskreutz, of West Allis, who was holding a handgun.