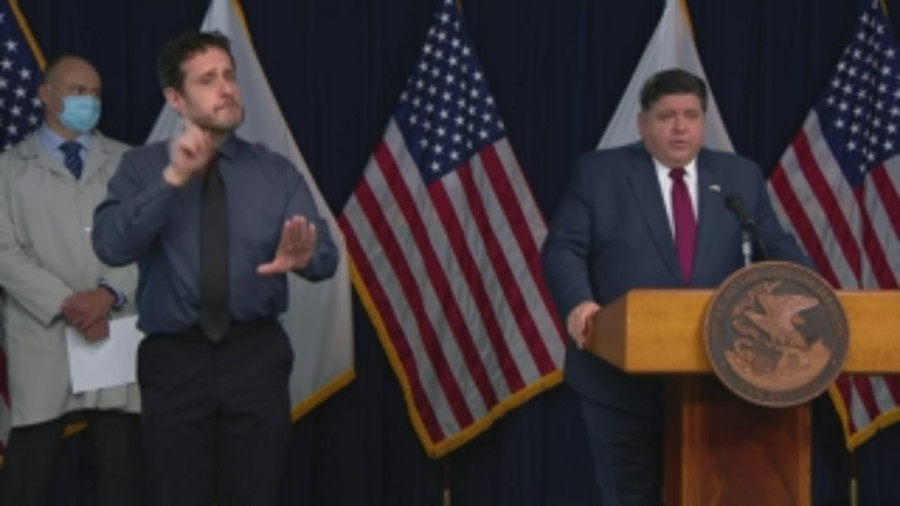 According to the Illinois Department of Public Health, both the West Suburban and South Suburban regions established in the Restore Illinois plan hit its COVID-19 “failsafe” level of three days with a 7-day test positivity rate above 8% Tuesday.

Starting Friday, new restrictions will be put in place DuPage, Kane, Kankakee and Will counties, including limits on gatherings to 25 people or 25 percent of room capacity, a ban on indoor service at bars and restaurants, and requirements for outdoor service to end at 11 p.m.

A complete listing of restrictions is available here

The measures are the same as those put in place in the state’s Southern Region Monday, and also remain in effect across northwest Illinois. Pritzker cited a “spillover effect” from neighboring states as partly to blame for the rise in cases in Illinois.

“We are seeing a national surge of cases that is affecting every state around us in a dramatic way, and in Illinois we are seeing the numbers go up literally all across the state,” Pritzker said.

“Is it too early to return to school?” A doctor answers your COVID-19 questions

Both regions initially passed the 8% level on October 15, while data released Tuesday shows a third day above the limit with rates of 9% in the West Suburban Region and 8.6% in the South Suburban Region as of Saturday.

The South Suburban region was previously subject to additional restrictions on August 26, but returned to Phase 4 of the state’s reopening plan on September 18.

Pritzker said previously that experts’ predictions of a surge in COVID-19 cases as temperatures drop and people move inside appears to be coming true and “a new wave could be upon us.”

“As colder weather approaches and flu season is upon us we’re going to see the rippling effect of these current unfortunate trends,” Pritzker said. “There is no easy fix for the effects of this virus on our economy and our public health.”

Positivity rates in the suburban regions had been stable but began to rise over the past two weeks, while every other region has seen an increase as well. The North Suburban Region outside Chicago reached 7.5% as of Tuesday, while Cook County outside Chicago reported a rate of 7.1%.

Chicago passed 9,000 confirmed COVID-19 cases to date with 580 new cases and two additional deaths reported Tuesday, according to preliminary state data. While the 7-day positivity rate in Chicago is lower than most regions in the state, the IDPH said it rose to 6.7 percent as of October 17.

Additional restrictions will remain in place until the 7-day positivity rate drops below an average of 6.5 percent for three days, and more stringent measures could be put in place if it remains above 8.5 percent after 14 days.

“Across our communities in Kane and the surrounding counties, we are seeing the start of what is most likely the second wave,” Macariola-Coad said. “Wisconsin is already surging and northern Illinois is likely next.”

While Macariola-Coad said many are experiencing “pandemic fatigue,” he called on residents to follow the same basic health protocols experts have been stressing for months: observing social distancing, wearing face coverings and washing hands.

Macariola-Coad spoke during Pritzker’s Tuesday press conference, as the governor has resumed daily COVID-19 briefings as Illinois sees a resurgence in cases.

Statewide, the IDPH reported 3,714 new COVID-19 cases and 41 coronavirus-related deaths Tuesday. The statewide positivity rate from October 13-19 rose slightly to 5.5%, near levels last seen in early June, although the weekly testing average has more than tripled since then according to data compiled by WGN-TV.

The City of Chicago added Colorado, Delaware, Ohio, Texas and West Virginia to its emergency travel order requiring anyone arriving from those states to self-quarantine for 14 days Tuesday. Neighboring Indiana and Wisconsin remain on the list as well.

Mayor Lori Lightfoot said Monday some coronavirus restrictions could return in Chicago if the number of COVID-19 cases in the city continue to rise. Health officials said cases have risen by more than 50% over the past two weeks, increasing at a rate last seen in March and April. 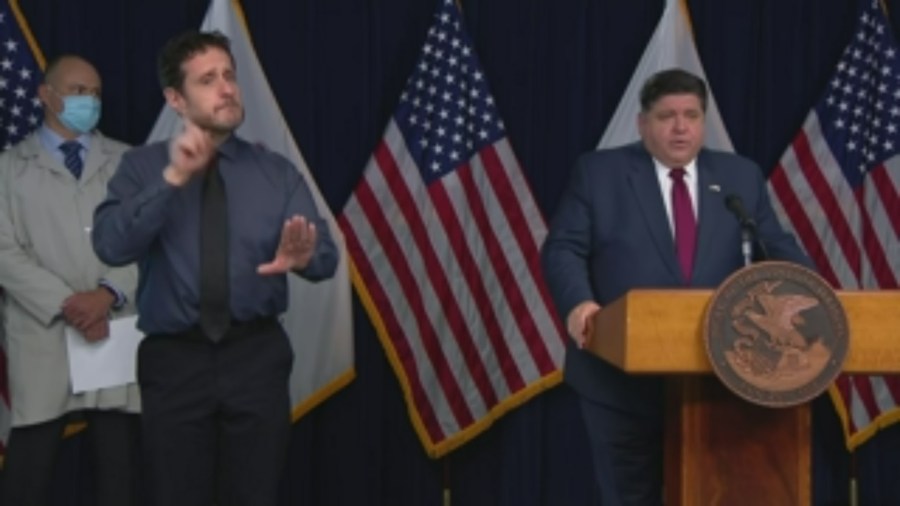