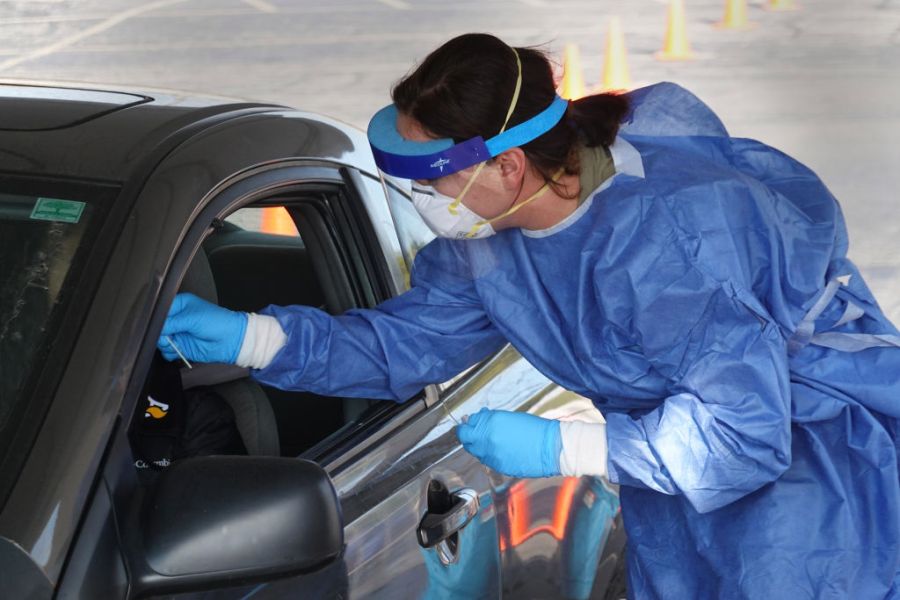 CHICAGO — Health officials announced even stricter COVID-19 mitigation measures will be imposed in northwest Illinois Thursday, as the state posts a record number of new COVID-19 cases for the second time in less than a week.

Governor JB Pritzker said the North Region created in the state’s Restore Illinois plan will soon see tighter limits on group sizes after the 7-day COVID-19 test positivity rate there continued to climb even after stricter mitigation measures were put in place on October 3.

The positivity rate in the region including Boone, Carroll, DeKalb, Jo Daviess, Lee, Ogle, Stephenson, Whiteside and Winnebago counties passed the state’s 8% “failsafe” level on September 24, and remains above the limit at 11.9% as of October 19.

Now those counties will see added limits on group sizes to 10 people or less starting Sunday, while a maximum of six people can be seated at bar and restaurant tables.

“We’ve said all along that if things didn’t turn around in a region after two weeks of resurgence mitigations we may need to add more stringent measures,” Pritzker said. “That is now the case in Region One.”

Here are the complete restrictions announced for northwest Illinois / Region One

The limits on indoor and outdoor groups to 10 people or less applies to professional, religious, cultural and social gatherings, state officials said, but does not apply to schools, polling places, gyms, stores, workplaces or sports teams (most of which have their own specific guidelines).

Additionally, “indoor recreation” activities need to be restricted to 25 people or 25 percent of capacity, whichever is less.

Mayor Lori Lightfoot also announced additional restrictions Thursday citing a “surge” in cases in Chicago, including a ban on indoor service at bars that don’t serve food, a nightly curfew for non-essential businesses of 10 p.m. as well as suggested limits on personal gatherings to six people or less.

The Illinois Department of Public Health reported 4,942 new confirmed cases of COVID-19 Thursday, surpassing the previous single-day record of 4,554 reported on October 16. An increase of 5,368 cases reported on September 4 was due to a reporting backlog, health officials said at the time.

Illinois also passed the milestone of more than seven million total COVID-19 tests performed to date after the state reported more than 80,000 new tests Thursday, while data compiled by WGN-TV shows the state’s weekly testing average now stands at more than 71,000 a day.

As every region in the Restore Illinois plan continues to report rising test positivity rates, the 7-day average of cases in the state has doubled from 2,000 on October 6 to about 4,000 as of Thursday. The 7-day testing average grew by about 13,000 over that period.

The IDPH also reported a COVID-19 test positivity rate from October 15-21 of 5.7 %, remaining near levels last seen in early June, although the weekly testing average has more than tripled since then.

The state’s “Tier 1” restrictions, including bans on indoor dining at bars and restaurants and limits on gatherings to 25 people or less, will be put in place in DuPage, Kane, Kankakee and Will counties starting Friday after their regions passed state limits.

Several suburban restaurants say they’re planning to defy the governor’s orders to shut down indoor dining Friday. For some the defiance to the order is political, but others say it’s a matter of survival.

Speaking during a visit to the Metro East region — which is nearing the state’s positivity rate limit once again Thursday after added mitigations were lifted earlier this year — Pritzker said the measures are meant to cut down on “high-risk” activities in order to reduce transmission of the virus.

“As more and more studies continue to show, this virus is primarily conveyed through respiratory transmission, person-to-person, and situations where people are more likely to see that transmission such as singing, talking loudly, eating, drinking without a mask take on a greater concern when we’re seeing higher community spread,” Pritzker said.

The North Suburban region, which includes Lake and McHenry Counties, reported a 7-day positivity rate near the state limit of 7.8% as of October 19, while the Cook County region outside Chicago reported a rate of 7.2 percent and the city itself came in at 7% as of the latest data reported Thursday.

While the state is seeing an increase in COVID-19 hospitalizations, hospital resources across the state remain within state guidelines, as health officials report 2,463 patients hospitalized with COVID-19 as of Wednesday night, including 525 in intensive care and 212 on ventilators.

Pritzker said the plan would give first priority to the “most vulnerable populations,” including frontline healthcare workers, first responders and residents in long-term care facilities. 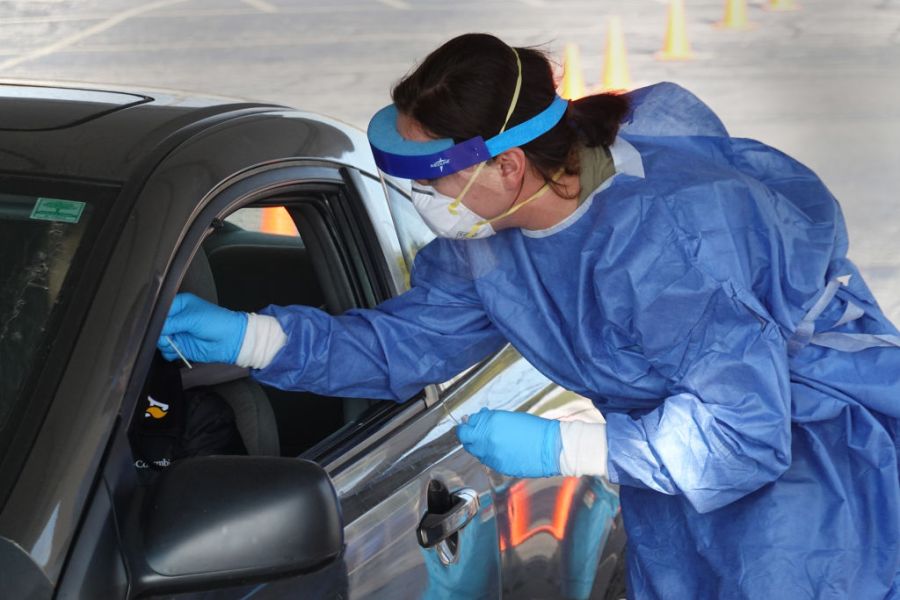