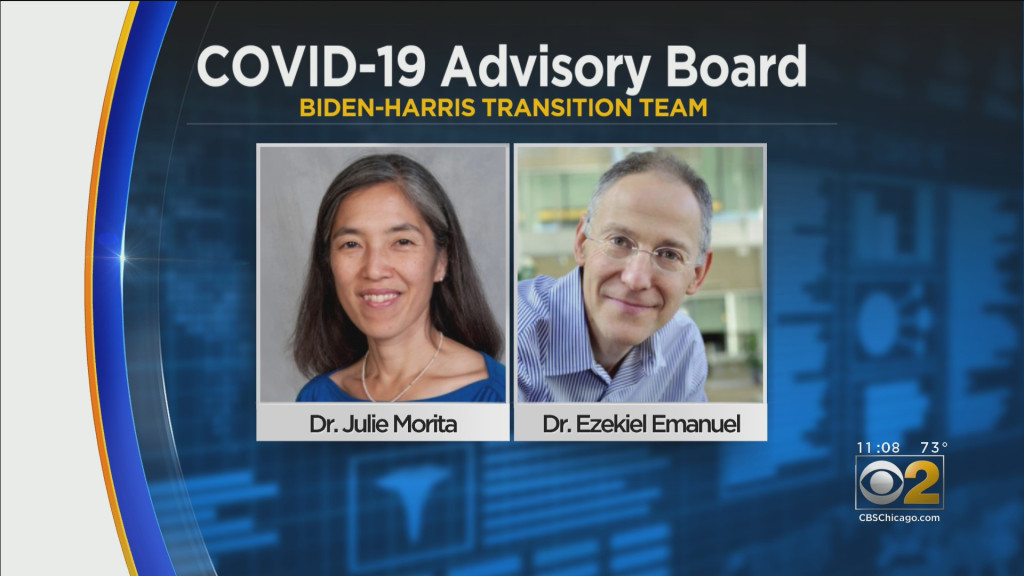 Doctor Julie Morita was the Commissioner of the Chicago Department of Public Health.

Doctor Ezekiel Emanuel is an oncologist who works with the National Institutes of Health and served as a White House advisor from 2009 to 2011. He’s also the brother of former Chicago Mayor Rahm Emanuel.

Emanuel is chair of the Department of Medical Ethics and Health Policy at Penn.

“That plan will be built on bedrock science. It will be constructed out of compassion, empathy and concern,” Biden said.

Chicago Mayor Lori Lightfoot was pleased with the selection of Morita as part of the incoming administration’s COVID-19 work.

“I think that’s a great thing. I had the privilege of working very briefly with Dr. Morita. And I would say one of the biggest contributions she’s made to Chicago is hiring Doctor Allison Arwady and telling me that she was the right person to lead the Department of Public Health,” Lightfoot said. “But Dr. Marina obviously knows the city very well. She’s a national expert. There’s already been some communications with her. And the one thing that I’m certainly going to be urging with this new team is that they get mayors at the table.”