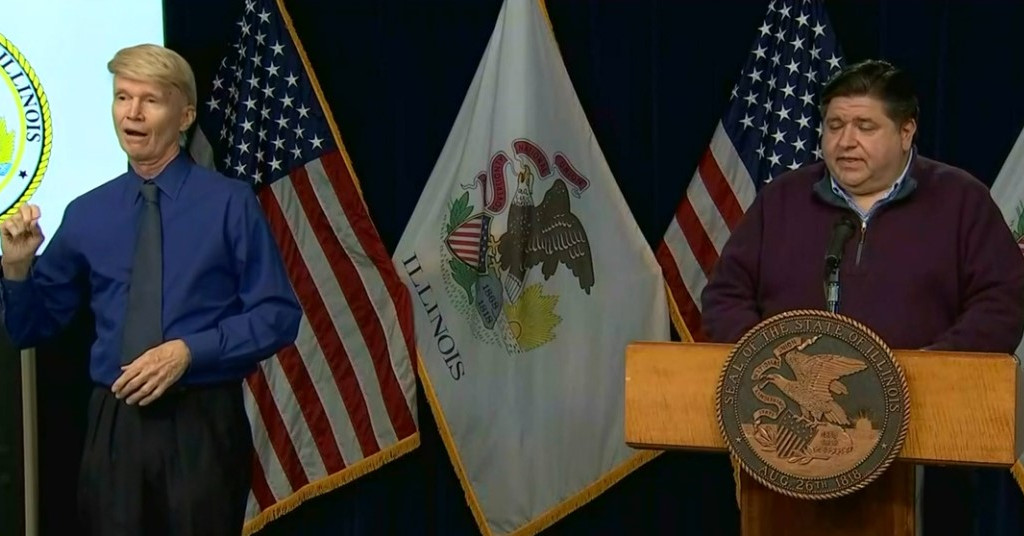 CHICAGO (CBS) — Illinois Gov. JB Pritzker on Election Day Tuesday urged people to get out and vote before 7 p.m., and to do so safely.

Pritzker noted that Election Day is a state holiday for K-12 schools, and school and college buildings are open for voting and will have less foot traffic in an effort to reduce coronavirus exposure while casting ballots.

The governor said whether Illinoisans have the day off or not, it is not too late to vote – or even to register to vote. Anyone can come to a polling place with two forms of identification – at least one with a current address – and can register and vote right there.

Anyone who has received a ballot by mail can bring the ballot to a polling place and vote in person there, or fill it out at home and drop it off at a polling place drop box by 7 p.m.

The state is going all out to ensure as much safety as possible at polling places during the pandemic, Pritzker said.

“If you’re headed to the polls today, please don’t forget to wear your mask and keep your distance,” Pritzker said.

Pritzker also noted that anyone who is in line to vote when polls close at 7 p.m. has the right to continue waiting and cast a ballot.

As of Tuesday morning, about 3.8 million Illinois residents had cast ballots – nearly 2 million in person, and more than 1.8 million through mail. But Pritzker emphasized that people will need to be patient about the results of all races, and, “It’s possible, maybe even likely, that we won’t know the outcome of the presidential election tonight.”

Pritzker also warned that “foreign state actors” such as Russia and Iran plan to promote misinformation and disinformation. He advised people to stick with state and local election boards, sites such as FiveThirtyEight, and reputable national and local news outlets for election information.

Final results may not arrive until Wednesday, Thursday, or Friday, and the official tally must be certified by Tuesday, Nov. 17, per existing state law.

Pritzker also said now is a good time to take advantage of the open enrollment period for health insurance under the Affordable Care Act. Illinois residents can visit GetCoveredIllinois.gov for local assistance.
“Voting and health care alike have been made all the more important in this pandemic,” Pritzker said.

Illinois Department of Public Health Director Dr. Ngozi Ezike noted that the state on Tuesday reported 6,516 new confirmed COVID-19 cases, including an additional 68 confirmed deaths. This is the seventh day in a row that the state has reported more than 6,000 new cases for a single day.

“We are in the middle of a COVID storm that appears to be sweeping our entire nation, and our trajectory is only getting worse,” Pritzker said. “This is far from over.”

Responding to a reporter’s question, Pritzker warned that large election night gatherings inside at bars and restaurants are absolutely not acceptable, and local officials who are allowing them are being irresponsible.

“Local law enforcement should be standing up and enforcing the rules of the state – and you know why? Because weeks from now, when people will end up going to the hospital as a result of these gatherings that are allowed and are the failure enforcement – then those local officials and people who live in those areas will ask us, what are we going to do when there’s no hospital space and hospitals are full,” Pritzker said.

As to concerns about possible civil unrest linked to the election, Pritzker said the Illinois National Guard is in a state of readiness if needed by local officials.