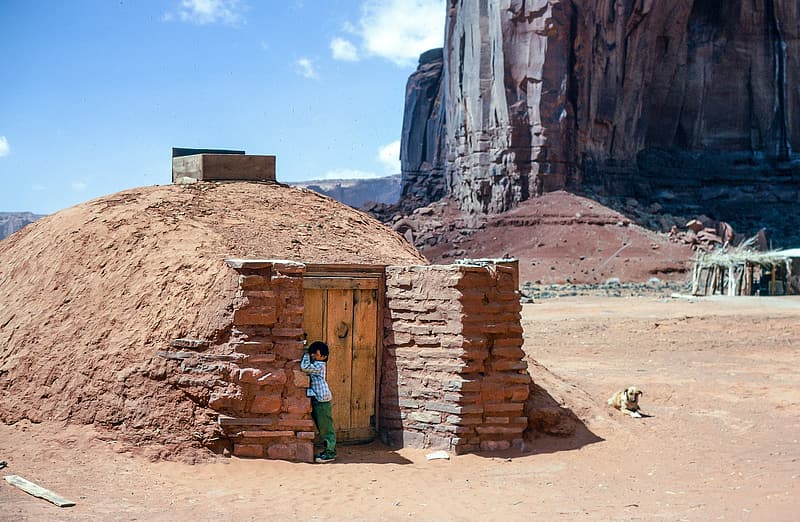 For nearly 30 years, Arizona has been an impenetrable red state.

The last time Arizona elected a Democrat in a presidential race was when Bill Clinton was reelected in 1996. Donald Trump won Arizona in 2016 by 4 points. And yet this year, despite a tight contest, Arizona went for Joe Biden.

While analysts show that Arizona’s changing demographics played a role in the election’s outcome, data also points to the role of the Navajo Nation in pushing the state blue.

Barriers to voting have long existed for Native Americans.

While Native Americans were legally named U.S. citizens in 1924, their right to vote in U.S. elections in every state wasn’t fully recognized until Utah became the last to remove formal barriers in 1962.

Still, members of the Navajo Nation often face high barriers to voting. Many people are not assigned a physical address and are unable to register to vote. Meanwhile, COVID-19 has wreaked havoc on the Navajo Nation. In May, the tribe’s coronavirus infection rate became the highest in the country.

Young urged voters to exercise their right for representation on the issues that hit closest to home, many of which were laid bare during the coronavirus pandemic, such as a lack of quality health care; water infrastructure; broadband internet and electricity; and federal assistance to combat the health and economic consequences of the virus.

“Our youth are incredible. They’re the ones who started Standing Rock, which became a worldwide movement,” Young told CNBC Make It, speaking of the movement opposing the construction of the Dakota Access pipeline. “That just shows the power of Native voices. Our Native youth are more educated than ever in terms of Westernized education, and they have more of an urge to connect our cultures than ever before. There’s a resistance to the colonial system that has never worked for us,”

As the Navajo community has lost many elders to the virus and is once again facing uncontrolled spread, Navajo Nation President Jonathan Nez told Fronteras that he looked forward to working with the Biden-Harris Administration.

Reflecting on the Navajo people’s unprecedented turnout, he said: “I appreciate meeting with Joe Biden and Kamala Harris in Phoenix. … [We had] a dialogue, and I think those types of events really inspired the Native American voters to come out to the polls and cast their votes for change.”

Azam Nizamuddin: An Advocate For Justice And Pluralism in Illinois Politics