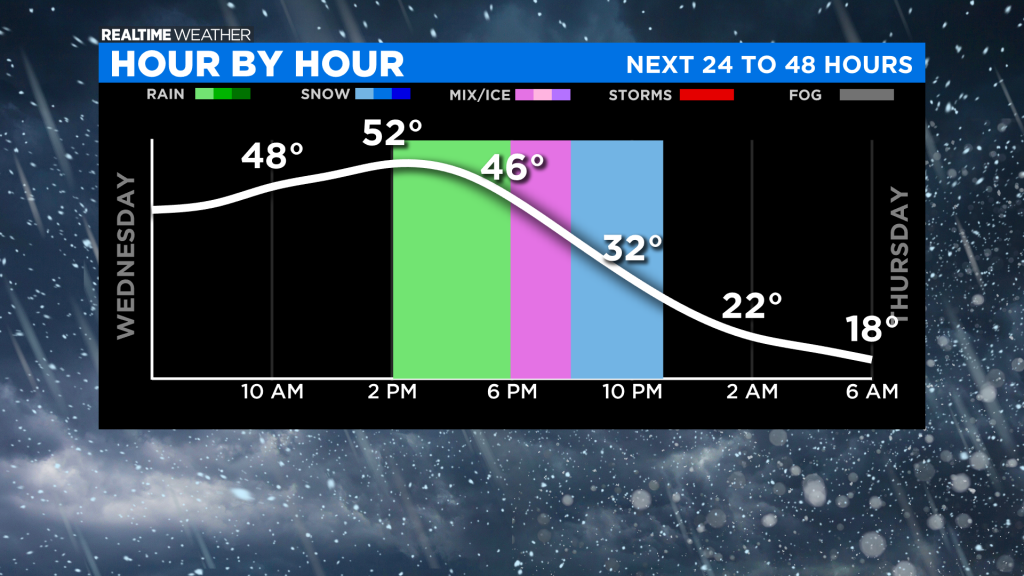 CHICAGO (CBS) — We are looking at a dramatic temperature change starting Wednesday, from the 50s to single digits.

Other than the shock of temperature change, no significant weather issues are expected.

For Tuesday night, it will be partly cloudy with a low of 39.

For Wednesday, look for rain showers, possibly ending as snow. It will be breezy with a high of 52, but temperatures drop in the evening and the low is 18.

On Christmas Eve Thursday, it will be partly cloudy and breezy with a high of 18 and a low of 7. For Christmas Day on Friday, it will be partly cloudy with a high of 22 and a low of 16. It will be warming up for the weekend. A wintry mix arrives late Sunday into Monday.