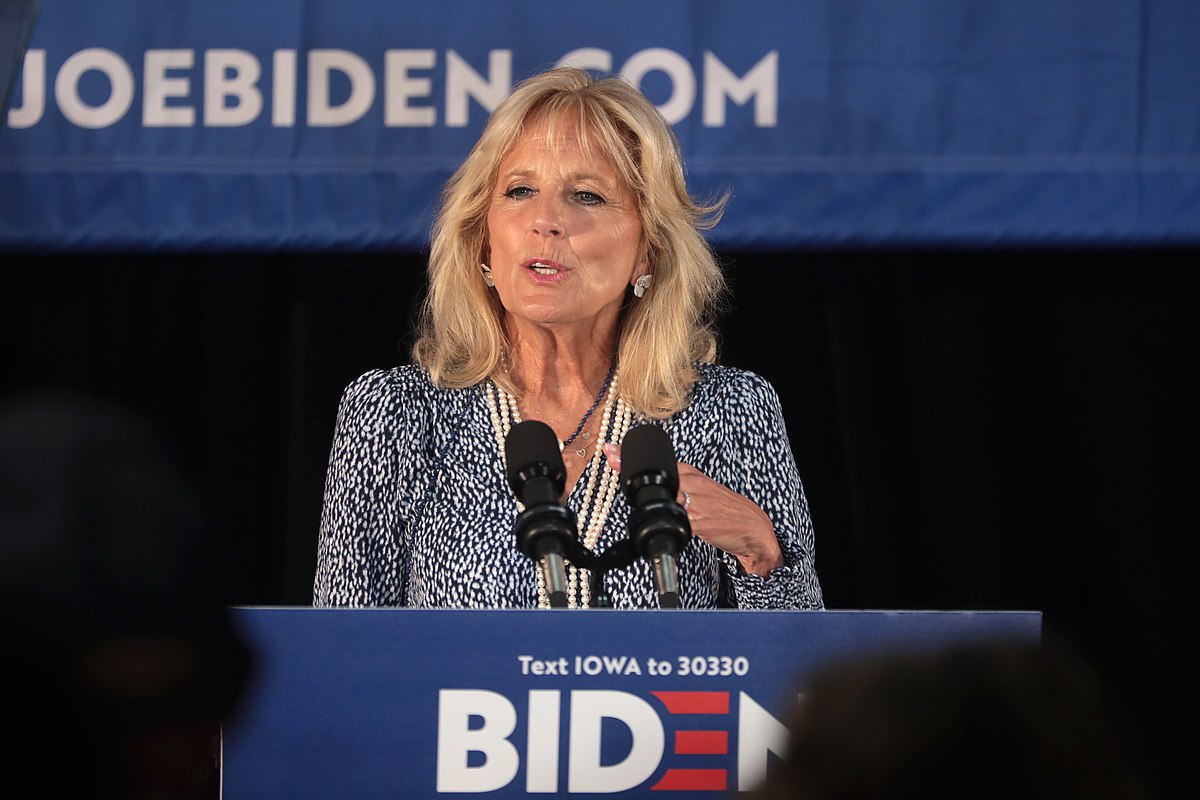 Dr. Jill Biden refers to herself as “Dr. Jill Biden.”  Apparently, this is a controversial, discourse-worthy subject, at least for Joe Epstein (I refer to him as Joe, I think people who refer to themselves as “Joseph” are pretentious).  According to Epstein, Jill Biden’s doctorate is a joke, “comic even.”  But Epstein was on to something, because his recent opinion piece in the Wall Street Journal certainly provoked a discussion on the issue.  And Epstein should have the last laugh, because his entire point was to troll the Left, and he succeeded.  That does not mean he was correct however.

Are people referring to themselves as “doctor” really a problem?  Do you actually meet many Ed.Ds and Ph.Ds who insist on being called doctor?  Of course not, the vast majority of doctorate holders do not refer to themselves as such and are uncomfortable being referred to as such, unless in very specific professional settings.  Epstein, a Chicago native, simply contrived a controversy to accomplish two things: First, he wanted to provoke a reaction from liberals to demonstrate how “sensitive” they are and to some extent he succeeded.  Secondly, he is taking part in a ubiquitous strategy of bullying, wherein he and those who support his policy positions have everything to gain and Jill Biden has nothing to gain.

If she responds to his rhetoric, she feeds him attention and appears too sensitive, if she ignores it, she is “weak” and unable to stick up for herself.  Well, Dr. Jill Biden (yes, her Twitter handle is @Dr.Biden) responded:

Biden fell right into Epstein’s trap, essentially accusing him of making a sexist claim, implying that he never would’ve referred to a male doctorate-holder as ‘comic.’  But, sexism was not really the impetus of Epstein’s piece, politics was.  If you read Epstein’s argument, it employs all the rigor of a troll and none of the deliberation of a thinker.  Epstein acted offended by Biden’s title, as if calling her “doctor” is just too damn annoying.  Projecting obnoxiousness onto one’s target is a common tactic of the obnoxious; it is also parasitic.  There is a strategy amongst the toothless and truth-less in this country, stir chaos between groups and live off of the energy it creates.  Epstein is of this ilk.  The proof of Epstein’s membership is his cynical use of the word ‘kiddo,’ when referring to Jill Biden; in this article, if the poor argument did not excite a response, the clearly degrading language would.

In terms of ideas, his article was incoherent and empirically flawed; he argues that Ed.Ds, which is the type of doctorate Jill Biden holds, are not as rigorous as Ph.Ds.  Then he goes on to argue that Ph.Ds in the humanities and social sciences think it is tacky to be referred to as doctor, which is correct.  But yet still, he then argues Ph.Ds today are not like yesteryear, because these programs are no longer as demanding as they once were, though he offers no evidence for this claim, because it is not true.  He also mentions how, as a university professor, he was often called “doctor,” though he holds no advanced degree at all; he never says in the article that he corrected people who referred to him as such.  Surprise, surprise; possibly because he did not correct them and enjoyed the honorific.

Epstein succeeds in luring the children of the village into the abyss; the conversation quickly devolved into dismissing the expertise of Ph.Ds and Ed.Ds online.  As there are too many to reference, let’s unpack Ben Shapiro’s take:

A doctorate is certification that you are an expert in a given field.  Medical doctors are “Doctors of Medicine,” i.e. MDs; the designation certifies their expertise in medicine.  So is Shapiro denying there are experts in other fields?  If there are, what should they be called?  Or perhaps, cynically, he is simply undermining expertise in the humanities and social sciences, as has been a common tactic on the Right recently.  There is nothing “absurd” about certifying expertise, in fact it is probably more important now than ever, with the rise of the social media moron who thinks his or her opinion is of value.

As someone with a Ph.D. I never insist on someone calling me “doctor,” and if you do, I’ll probably tell you, just call me “Laith.”  Yet, when it comes to the etiquette of the issue, anyone with a life would say it is a personal matter or one that doctorates can debate; not people who never did the work to actually obtain one.  Finally, we need to make sure that the implicit purpose of these divisive conversations are isolated and inoculated; people like Epstein will tear the world apart just for a little more money and time in the sun.