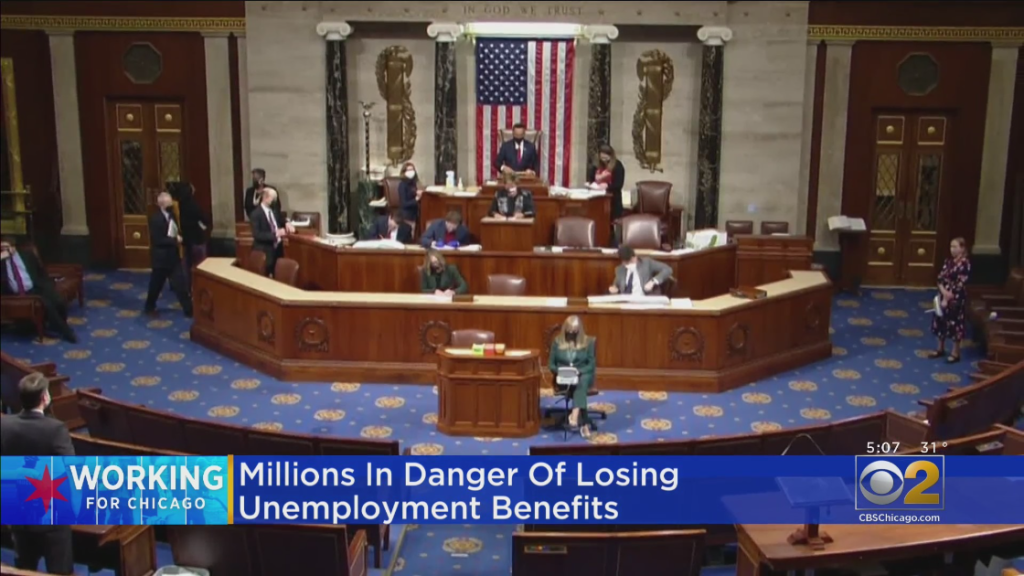 This came as we approach another government shutdown in just a matter of days.

President Trump not signing the would mean not only delay money needed by millions of Americans. The president would also put relief provisions already in place — but set to expire at the end of the month — such as unemployment programs and an eviction moratorium, in jeopardy.

The bill also included an additional $300 per week in unemployment insurance; aid for small businesses; funding for testing, tracing and vaccine distribution; additional money to increase SNAP benefits; and aid for airlines and transportation.

As CBS 2’s Marissa Parra reported, President Trump has repeated in the last few days that he will not sign the bill passed by both houses of Congress unless lawmakers increase the amount of the stimulus check given to many Americans from $600 to $2,000 – even though his own team helped negotiate the terms.

His calls to increase the amount have garnered some rare Democratic support. But the back-and-forth has left some Chicagoans to whom we spoke hanging in the balance.

“It was almost like a slap in the face; a pittance more than anything. It really just shows you how out of touch Congress really is with the needs of most Americans that they honestly think $600 is going to do anything,” said Dan Ershen told CBS 2’s Marissa Parra.

Indeed, for unemployed Illinoisans like Ershen, $600 does not go very far.

“That would be a phone payment and a car payment,” he said. “I’d have 150 bucks left over after that, so literally, within a day.”

But Ershen can’t decide what’s worse – getting $600 or getting nothing at all.

It is a fate that Ershen never expected for himself. Before the COVID-19 pandemic, he was living his dreams as an aircraft dispatcher.

Like so many in aviation, he was furloughed – and then laid off for good in October. He was forced to move back in with his parents.

But not everyone has that option. Millions of Americans could lose their homes this winter when eviction moratoriums expire in less than a week.

Still, the president is adamant that he is not signing the bill without changes. Besides demanding an increase to the stimulus check amount, President Trump also called for “reigning in big tech.”

I will not stand by and watch this travesty of a bill happen without reigning in Big Tech. End Section 230 now, before it is too late. So bad for our Country. Show courage, and do what’s right!!! https://t.co/V99lShpLCe

Ershen, who has been looking to get rehired with no luck so far, said the waiting game has been excruciating.

“They missed the boat to really help us out already, and all they’re doing at this point – every day that goes on that they don’t pass something – is just rubbing salt into the wound,” he said, “or at this point, I wouldn’t even say salt – glass.”

Ershen said getting another job in his chosen field is not an option.

“I obviously can’t get another job in aviation because there are no jobs,” he said. “I literally had a guy laugh at me when I called asking about jobs. I kind of had to laugh with him.”

Ershen has applied for 179 jobs so far. He said the lower-paying ones have turned him down because he’s overqualified

“Best case scenario would have been Congress passing relief two months ago,” he said. “but the faster they can get that signed, the better for all of us.”

President Trump could veto the bill, which would force Congress back to Washington to try to override the video. He could also just hold on and neither sign nor veto it until it expires on Jan. 3.

After that, Congress would have to start the process all over again.

In just two days, the House is also expected to consider a stopgap measure in order to avoid a federal shutdown and keep government running until President-elect Joe Biden takes office.

CBS 2 is committing to Working For Chicago, connecting you every day with the information you or a loved one might need about the jobs market, and helping you remove roadblocks to getting back to work.

We’ll keep uncovering information every day to help this community get back to work, until the job crisis passes. CBS 2 has several helpful items right here on our website, including a look at specific companies that are hiring, and information from the state about the best way to get through to file for unemployment benefits in the meantime.