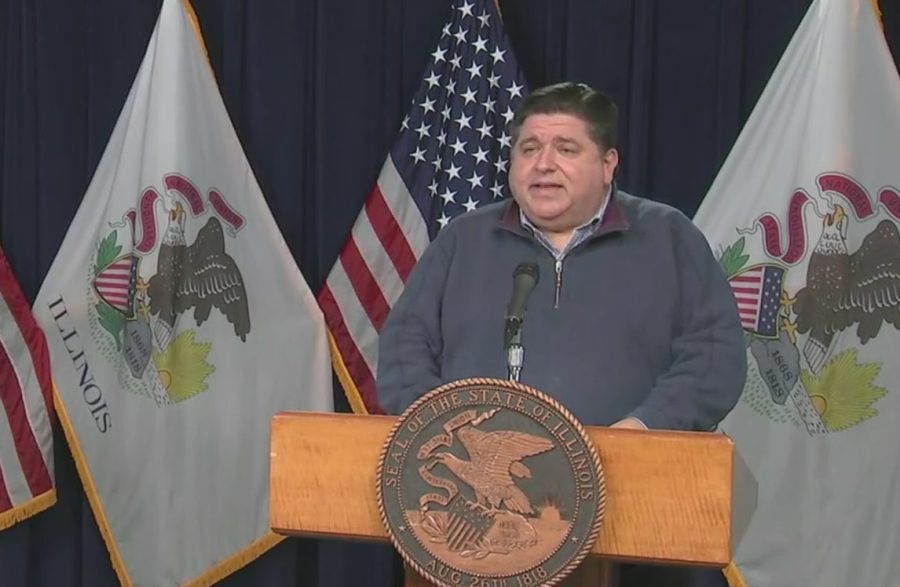 CHICAGO — The first wave of Pfizer’s COVID-19 vaccine arrived in Illinois Monday, providing new hope for turning the tide against the disease as a surge in coronavirus-related deaths continues in the state and across the country.

“Today marks a momentous occasion not just this year but in American history; Eleven months after scientists the world over got their hands on the genetic sequence of the virus, we are seeing the beginning of the end of this pandemic,” Governor JB Pritzker said Monday.

A first shipment of 43,000 doses of the vaccine arrived at Illinois’ National Strategic Reserve warehouse Monday as part of what Pritzker described as the “largest national mission in a generation.”

WATCH ABOVE: Illinois Governor JB Pritzker and health experts give a regular update on COVID-19 in Illinois Monday

Representing about half of the state’s initial allotment of 109,000 doses, Pritzker said the shipment will be divided up and delivered to local health departments and hospitals Tuesday and Wednesday.

While some places like New York are seeing their first vaccinations Monday, Pritzker said they will likely start on Tuesday in Illinois due to logistical reasons.

“Are the Moderna and Pfizer vaccine interchangeable?” A doctor answers your COVID-19 questions

“This is gonna take a little while in Illinois in particular because we have a very large state and 96 local health departments and many hospitals, it just takes a little longer than it does to go to a big city, for example,” Pritzker said.

Pritzker said Chicago’s 23,000 doses are being shipped to the city directly, where local hospitals are ready to store and administer the vaccine starting Tuesday morning after weeks of preparation.

The first hospital in Chicago that will administer doses Tuesday morning is Loretto Hospital.

CEO George Miller Jr. said the mayor’s office called him over the weekend, offering the ceremonial first dose that they hope will send an important message.

“it’s primarily because of the fact of the disparities that exist in the African American and Latino-x communities across the land and certainly here in Chicago,” Miller Jr. said.

The doses arrive as the Illinois Department of Public Health reported 7,214 new confirmed and probable cases of COVID-19 Monday, as well as 103 additional deaths.

This is the first time the state has seen seven consecutive days with more than 100 lives lost to COVID-19. After beginning to rise in mid-October, the state’s 7-day average of deaths has remained near an all-time high of about 150 a day since December 6.

The high number of deaths began about three weeks after a resurgence in COVID-19 infections in Illinois reached its highest level mid-November.

The number of reported COVID-19 cases has been declining generally over the past few weeks. Other than a slight rise about a week ago, the 7-day average of new COVID-19 cases continued to decline to about 8,550 as of Monday.

While experts warned a post-Thanksgiving surge in new COVID-19 cases could begin around the end of last week, the 7-day case positivity rate from December 7-13 in Illinois declined to 8.7% Monday. Most regions of Illinois continue to see flat or declining test positivity rates as well.

While all of Illinois remains under Tier 3 coronavirus mitigation measures, the East-Central Region reached the state’s original criteria for moving to less-restrictive Tier 2 over the weekend.

However, Gov. JB Pritzker said previously that regions would remain under Tier 3 over the weeks following Thanksgiving due to the predicted surge in cases caused by holiday travel.

Here’s what will happen with the coronavirus vaccine in Chicago

Illinois continues to label results from rapid saliva-based antigen tests as “probable cases,” while those tests made up 6% of those reported Monday.

Coronavirus hospitalizations also continue to decline, although they are now equal to the highest levels seen in Illinois in May. IDPH reported 4,951 patients hospitalized with COVID-19 as of Sunday night, including 1,070 in intensive care and 621 on ventilators. 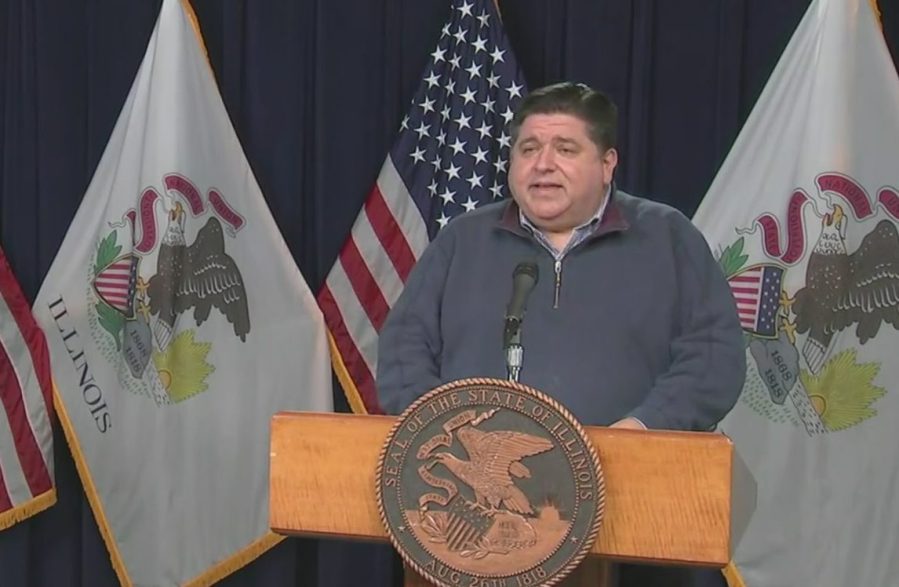