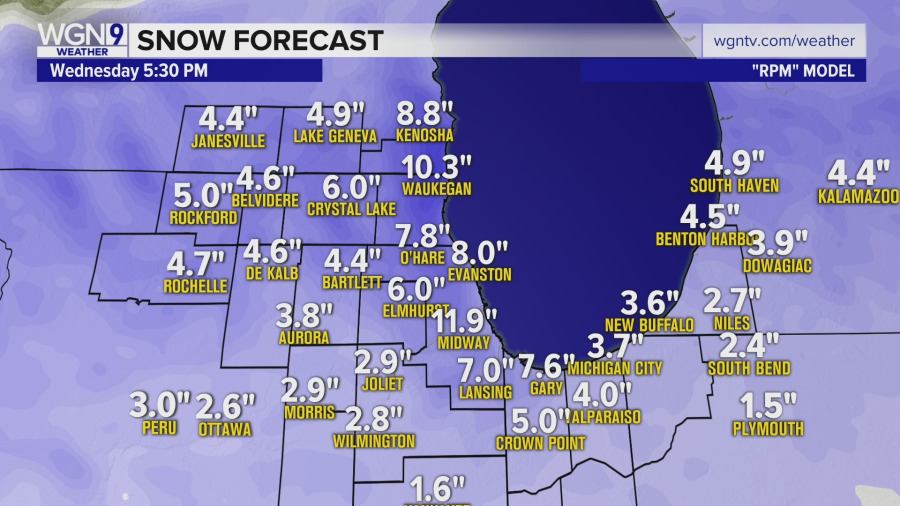 CHICAGO —A major winter storm has hit the Chicago area with up to 11 inches of snow possible for parts by Wednesday.

Winter Weather Advisory is south and southeast (eastern Will, Kankakee, Lake IN, Porter, Jasper Newton). All of these warnings and advisories last until Tuesday afternoon and many spots until Tuesday evening.

In addition to all of this, winds look to be high. Sustained at 20-25mph, gusting to 35mph. This makes visibility much worse when driving in it, plus could lead to some power outages.

Updates from our previous Live Blog below.

9:15 p.m. When it’s all said and done, this will be the heaviest snowstorm of the winter. Reports from the city and suburbs.

Dozens of schools are delayed or closed tomorrow, click here for the latest updates. 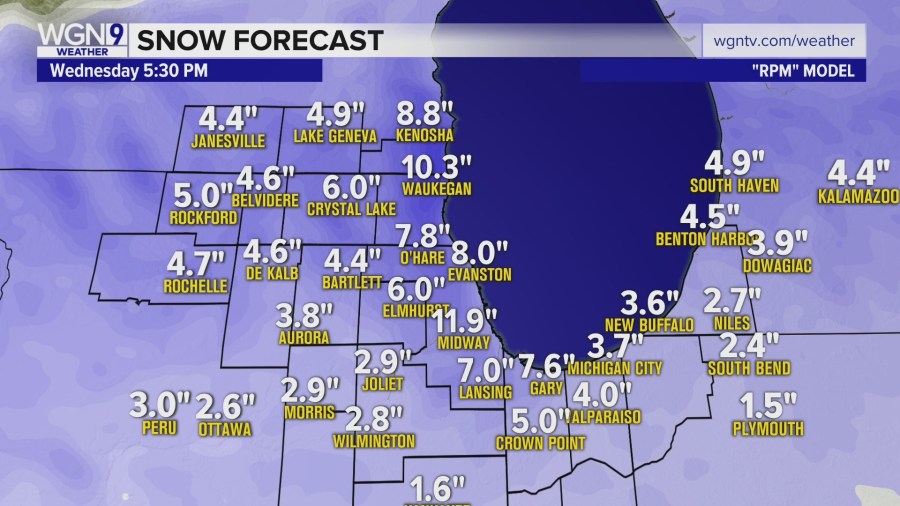