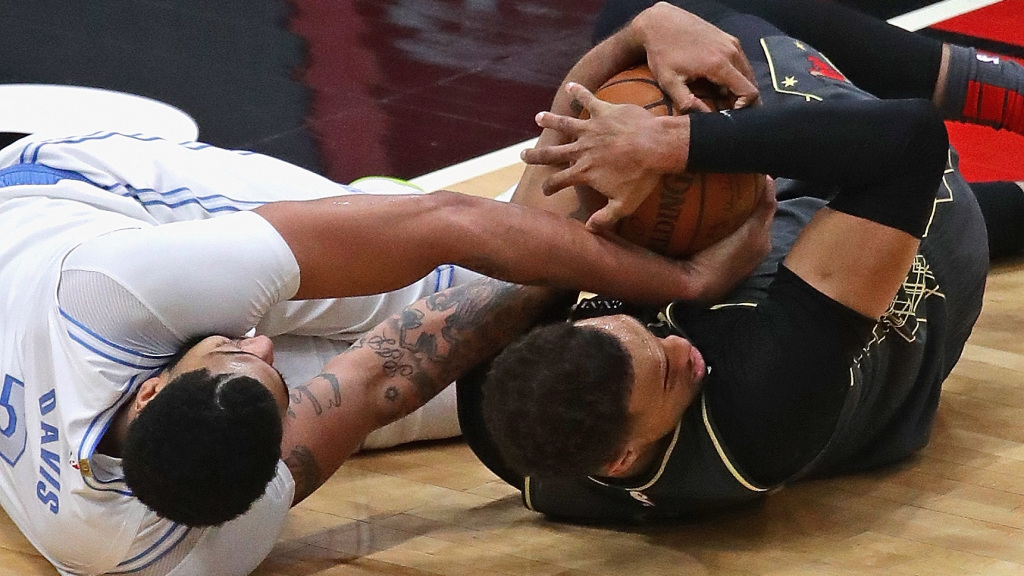 The defending NBA champions improved to 9-0 on the road and a league-best 13-4 overall. And this one never was in doubt.

Davis scored 26 points in the highest scoring half by a Laker this season as Los Angeles grabbed a 63-33 lead. The seven-time All-Star shot 14 of 21, nailing two 3-pointers, and grabbed six rebounds.

James, coming off a season-high 34-point outing in a win at Milwaukee two nights earlier, had six assists and six turnovers. And the Lakers won their eighth in a row against Chicago.

The Bulls had won three in a row and matched a franchise record by scoring 115 or more in seven straight games. But against Los Angeles, they struggled for much of the game.

The Lakers held off the Bulls 117-115 in Los Angeles two weeks earlier with Davis and Kentavious Caldwell-Pope missing the game because of injuries. Los Angeles wasted no time burying taking control in this one.

Davis set the tone as the Lakers raced out to a 20-6 lead. He scored 13 of Los Angeles’ first 16 points, with three dunks in that stretch.

Davis also made two 3-pointers late in the half, including one in the closing minute to make it 61-31. And after Chicago’s Coby White hit a pull-up jumper, Dennis Schroder drove for a layup to bump the lead back to 30.

The Bulls went on a 14-2 run late in the third quarter to pull within 79-66. But back-to-back baskets by Davis made it a 17-point game heading to the fourth.

Lakers: Davis’ previous season high was 34 points against San Antonio on Jan. 1. He scored a career-high 59 for New Orleans at Detroit on Feb. 21, 2016. … F Jared Dudley (sore right calf) remains a “game or two” away from returning from an injury that has kept him out the past seven, coach Frank Vogel said.

Bulls: Coach Billy Donovan said C Wendell Carter Jr. (quad) is improving, though he’s not sure if he’ll be available Monday against Boston after missing the past two games. “He’s made progress. He is feeling better,” Donovan said. … The Bulls also held out Otto Porter Jr. after he played the previous night at Charlotte.

Lakers: The Lakers visit Cleveland on Monday, their third in a seven-game trip.

(© Copyright 2021 The Associated Press. All Rights Reserved. This material may not be published, broadcast, rewritten or redistributed.)