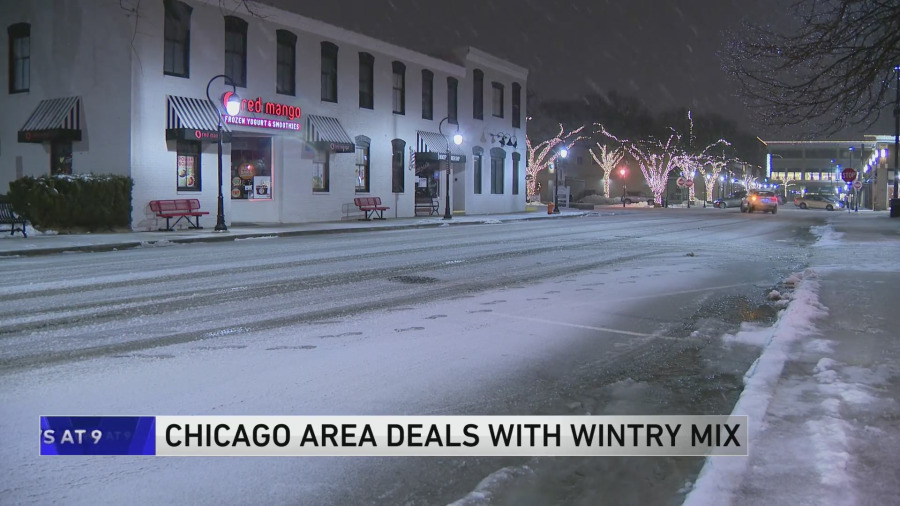 It was a messy first day of 2021 in the Chicago area; filled with plenty of ice, snow and rain.

There have been reports of many accidents and spin outs along I-80 and I-57 as well.

Employees with the Illinois Tollway have opened their snow operations center to manage the storm. They have just shy of 200 snow plows running around clearing roads.

They’re utilizing 80,000 tons of salt and 50,000 gallons of liquid calcium chloride to clear the roads.

“Unless you have to drive, slow under the speed limit,” said motorist Danny Bowers. “Better to get there than not get there at all.”

Officials have asked everyone to slow down and keep extra distance between vehicles.

Up north, 1-4 inches of snow is expected – with the highest amounts near the Wisconsin state line.

At the Lakewood Forest Preserve sledding hill in Wauconda, many children were not letting the freezing rain stop the from having a good time.

The Lakewood Winter Park is open until around 9 p.m. and is lit up at night. 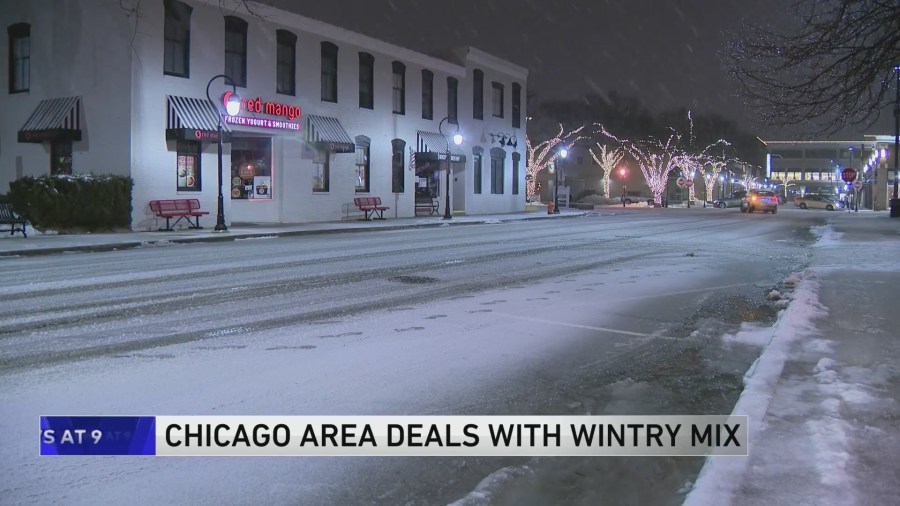