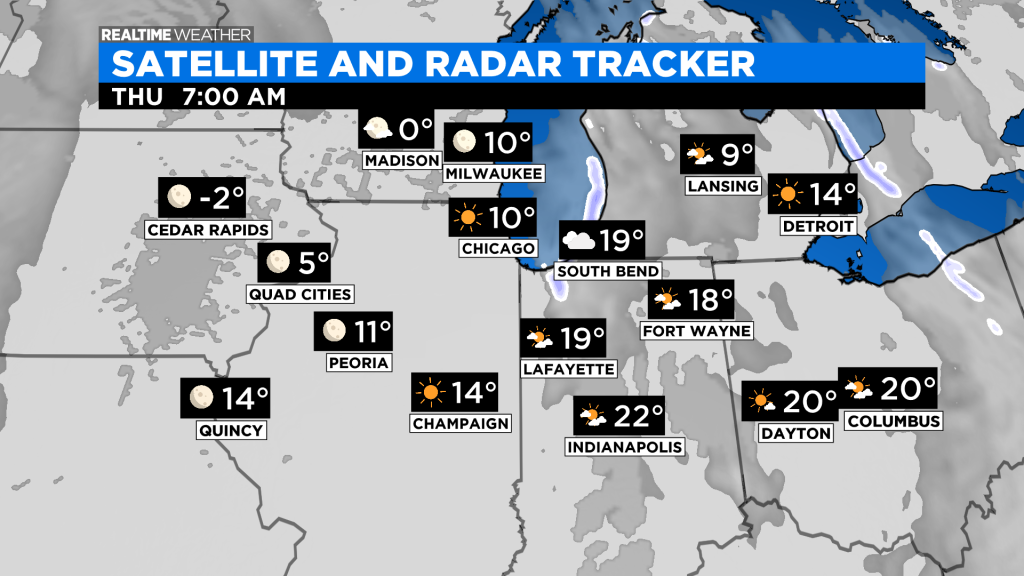 Temperatures drop into the single digits in the suburbs and the teens in the city.

Northwest winds will stay under 10 mph, but that’s just enough for the feels like temperature to hover around zero. We’ll see the sun return on Thursday, but temperatures struggle with a high of only 25. On Friday, it will be partly cloudy with a high of 30.