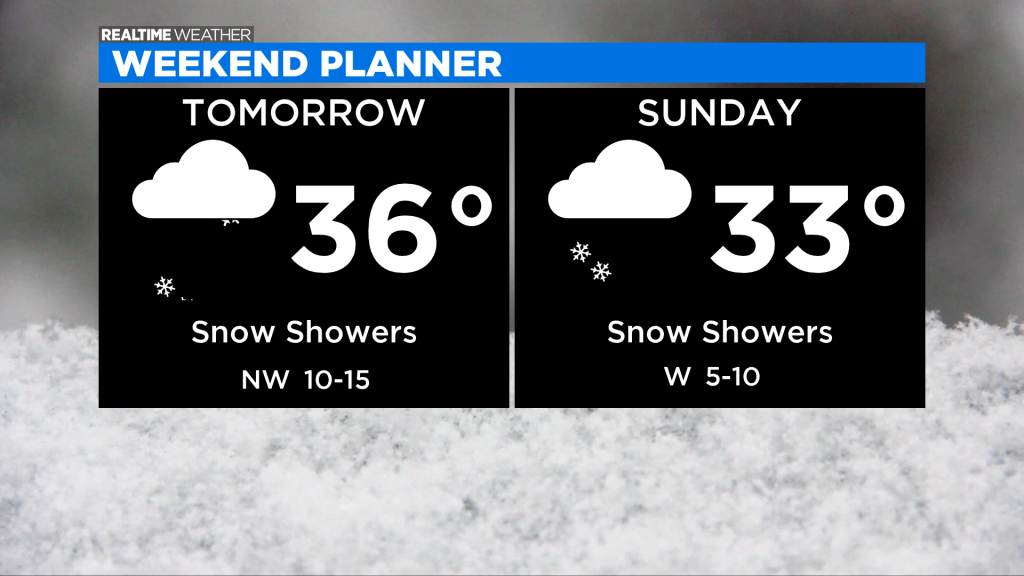 CHICAGO (CBS) — Snow showers are likely to continue through the weekend. But according to CBS 2 meteorologist Robb Ellis, accumulations are expected to be light (if any at all) and snow will be off and on.

For Friday night, expect some snow showers with a low of 29. Accumulations will be less than half an inch. On Saturday, there will be off and on snow showers and like Friday night, accumulations will be less than half an inch.

Snow showers wrap up Sunday, but temperatures will stay in the low to mid 30s.