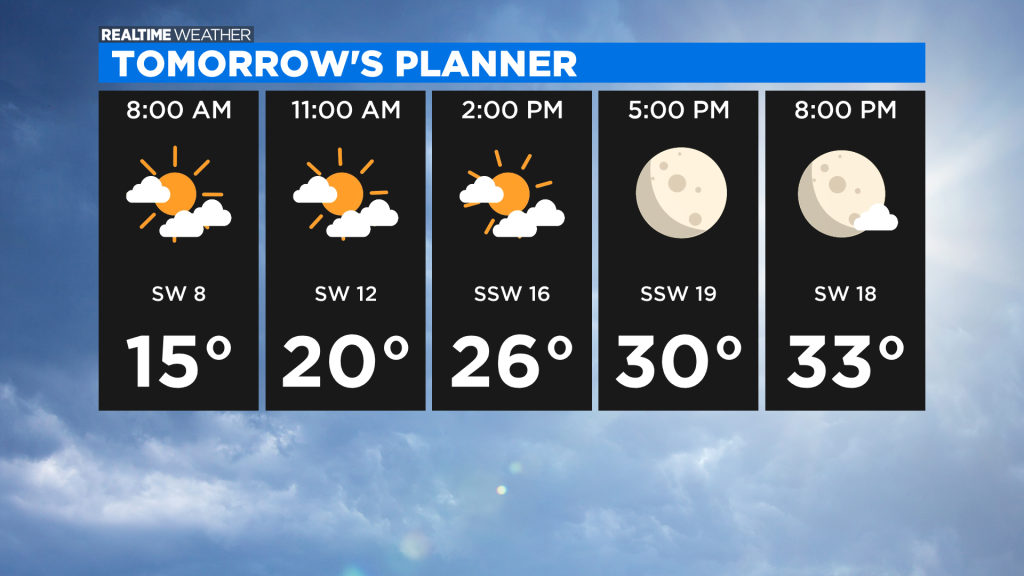 CHICAGO (CBS) — Off-and-on snow showers persisted through Tuesday evening, with a blast of snow pounding the area at the 9 p.m. hour and reducing visibility.

The Chicago Department of Streets and Sanitation deployed 211 snow-fighting vehicles. Salt spreaders will be out addressing ice and snow on the city’s arterial routes and Lake Shore Drive.

The snow showers end Tuesday night as the low drops to 16.

On Wednesday, it will be mostly sunny and breezy with a high of 33. Sunshine – a mostly sunny sky – is expected for the rest of the week into the weekend.