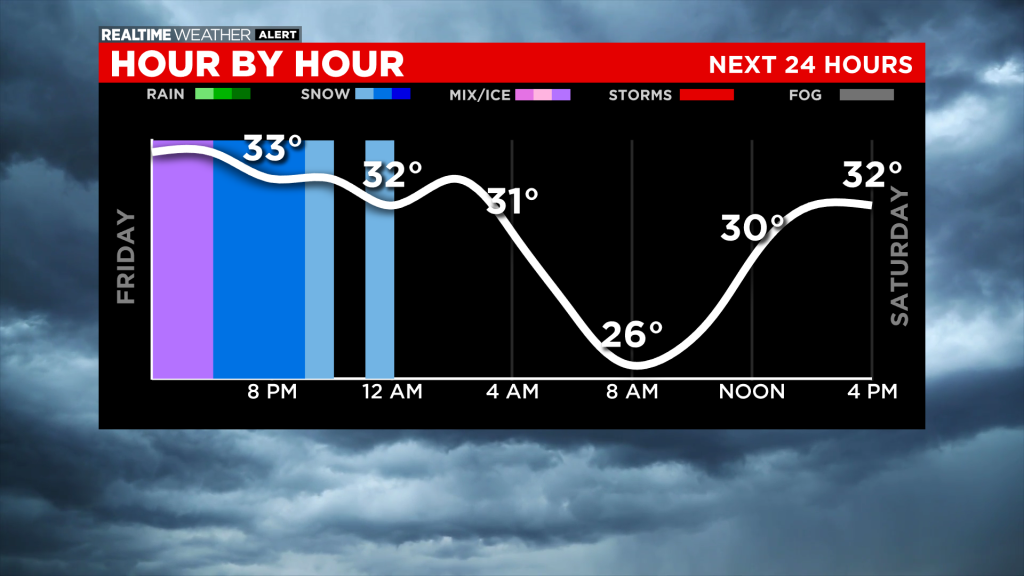 CHICAGO (CBS) — Temperatures have climbed to at or above freezing for most locations, especially in the city of Chicago. According to CBS 2 meteorologist Robb Ellis, this is taking place as areas that saw the highest ice accumulations early, began melting shortly after. Though some slick spots will remain, things have improved. However, snow showers return this evening, leading to an inch or two of accumulation. Ice Storm Warnings remains for La Salle, Kankakee, Grundy Counties until 6PM. The warnings are mainly for any elevated remaining ice. Heaviest precipitation has shut down. Winter Weather Advisory remains until 6:00 p.m. for the remaining counties. EXTENDED FORECAST: Relatively dry and slightly above average for the remainder of the seven-day forecast.

Things are improving a bit as temperatures rise above freezing for many locations.

But a round of light snow wraps this system up this evening.

Around an inch or two of accumulation possible. https://t.co/MRx0h1gp5m