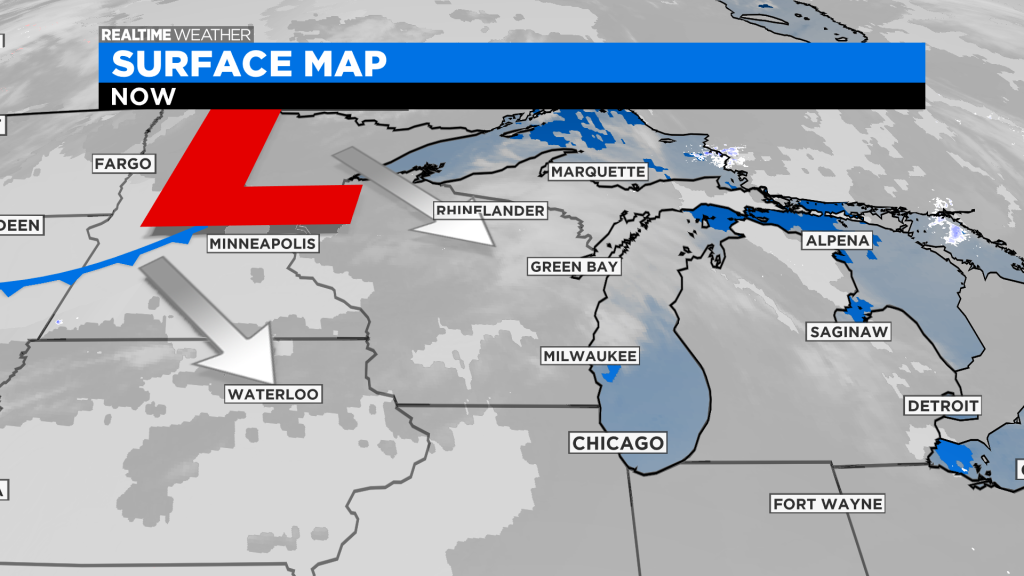 CHICAGO (CBS) — Our next disturbance will reinforce the cloud deck and bring the chance for spotty, freezing drizzle. The best time for this would be midnight to daybreak. Elevated surfaces may become slick during that time. The low for Monday night is 28.

Otherwise, skies will be cloudy on Tuesday with highs in the mid-30s. The high for Wednesday climbs to 39.

It will be dry mid-week before rain showers develop Thursday afternoon, changing to snow at night, and leaving snow showers in the forecast for Friday.

Right now, the storm track looks to bring the best coverage of snow to northern Wisconsin and the Upper Peninsula of Michigan.

This track would mean minor amounts of snow for us – less than 1 inch. But since it is several days away, a lot could change. It will open the door for a colder air mass to move in this weekend.