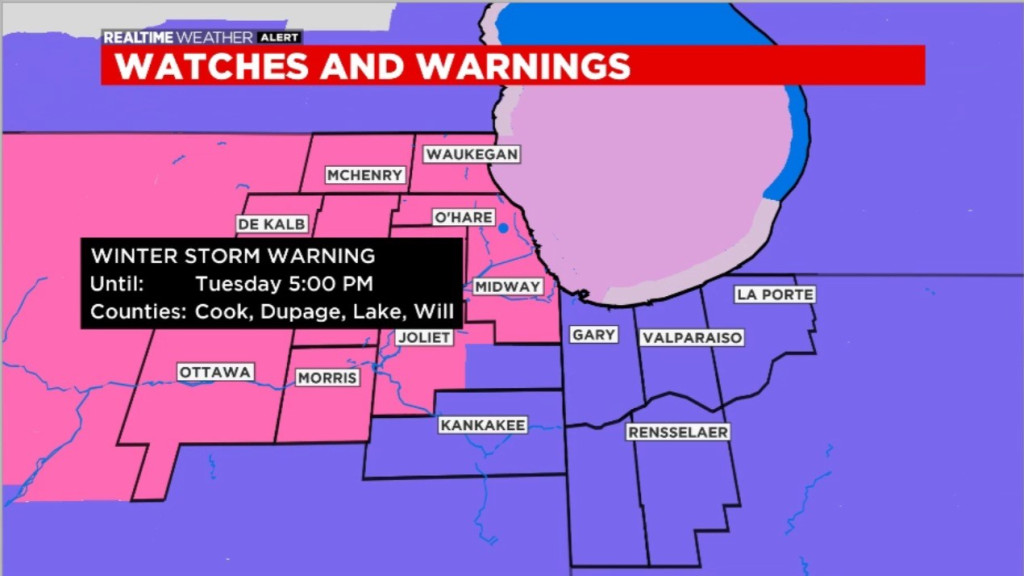 CHICAGO (CBS)– The winter storm Monday evening was passing to the south of Chicago, but the immediate Chicago area still sat in the prime area to receive accumulating snow through the night.

Snow rates will increase hour by hour, through 3 a.m. A Winter Storm Warning is in effect until 5 p.m. Tuesday. Areas under the warning can get snow totals around 4 to 8 inches.

Due to wind, there is also Lakeshore Flood Advisory in effect from Lake County, Illinois to Lake County, Indiana. Waves up to 13 feet are possible amid the winter storm.

The city closed the lakefront trail on Monday morning.

Light snow lingers through the night and the day on Tuesday. There is the possibility of a mix of snow, freezing rain and icing, to areas south of I-80.

Snow showers will also be around on Wednesday, with a high of 30.