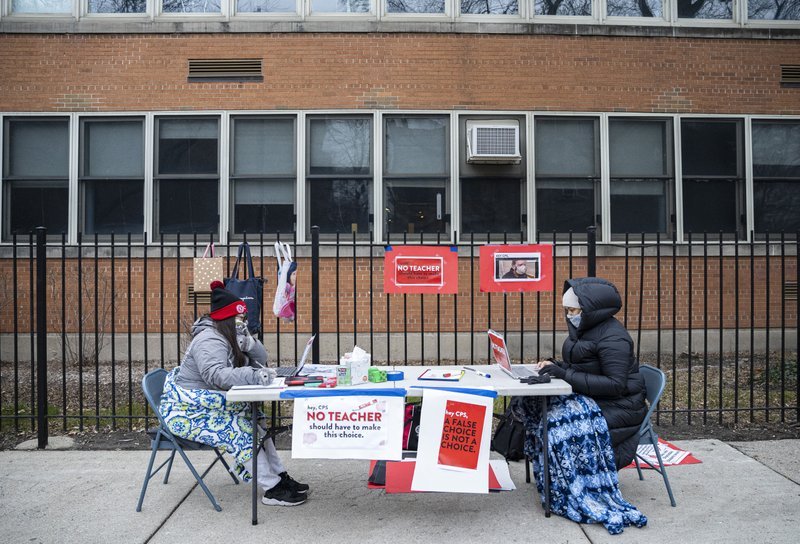 CPS planned for pre-K through 8th grade students as well as students with special needs to return to class Monday, but pushed the date back a day as negotiations with the Chicago Teachers Union over how to reopen during the pandemic are continuing Sunday night.

In a letter sent to parents shortly after Lightfoot’s announcement, CPS said teachers who do not report to work will be considered absent without leave and will, “not be authorized to support remote learning until they report to in-person as required.”

Union officials said while they have reached an agreement over some aspects of returning to schools, they remain divided over issues related to vaccinating teachers and allowing those who live with family members considered high-risk for COVID-19 to opt to work remotely. The union also wants a metric for when schools would be closed if infections in the city begin to rise.

WATCH ABOVE: Representatives with the Chicago Teachers Union give an update on negotiations with Chicago Public Schools over returning to in-person learning Sunday

As the plan to reopen Chicago schools remained in limbo as last-minute negotiations over COVID-19 safety measures with the teachers’ union stalled Sunday, a strike or lockout seem more likely.

Roughly 62,000 students and about 10,000 teachers and staff in K-8 were expected to start school Monday for the first time since last March, part of the district’s gradual reopening plans during the pandemic. Mayor Lori Lightfoot said Sunday she still expected all teachers, including those in pre-K and special education who started in-person earlier in January, to show up Monday. But she pushed back students’ arrival until Tuesday over staffing concerns, saying remote learning would be extended a day.

The Chicago Teachers Union has fought returning to classrooms in the nation’s third-largest district, defying orders to come to class ahead of students. The union has said that if the district locks teachers out of email and teaching platforms, which it has done previously, all teachers will picket. Such a move could shut down remote learning district-wide.

Chicago Public Schools officials and the union reported weekend progress on issues including contact tracing and ventilation. But by Sunday evening, both sides accused each other of failing to show up at the bargaining table and said significant disagreements remained.

The union and district have been fighting for months over issues including vaccinations, metrics used to gauge infections and special accommodations for employees who have concerns, like a high-risk family member in their household.

Lightfoot said at a news conference that she was going to “have to take action” against teachers who didn’t report for work. She declined to specify what that could entail. Those who previously failed to show up for work were locked out of school systems and docked pay. Union officials held a news conference later Sunday, saying without protective measures such as widespread vaccinations remote learning was safest.

The district’s CEO, Janice Jackson, took to national television Sunday to insist it was safe to reopen Chicago schools with proper protocols. The district, which requires masks for students and teachers, has purchased thousands of classroom air filters, deep cleaned schools and rolled out a voluntary testing program.

“We believe that we have to reopen schools. We’ve been closed for almost a year now. And as a school system, we’re starting to see some of the effects of schools being closed,” Jackson told CBS’ “Face the Nation.”

District officials said Black and Latino students, who make up the vast majority of the roughly 355,000-student district, have been especially hard hit since going fully remote last March. Pre-K and some special education students returned Jan. 11, but went back to online classes amid the escalating fight with the union. District officials haven’t said when high school students will return.

Union officials say the district hasn’t gone far enough in its safety plans, for instance by not prioritizing teacher vaccines, and is putting teachers at unnecessary risk. The union also argues that not enough students are interested to require all teachers to come back at once.

About 77,000 students from pre-K to 8 expressed interest in returning to class in a December survey. While pre-K and some special education students were offered in-person classes five days a week, students in K-8 will get two days a week of in-person instruction with remote instruction on other days.

But attendance has been lower than expected.

Roughly 6,500 of the nearly 17,000 eligible preschool and special education students said they’d like to return, but only about 3,200, or 19% of those eligible, attended after the January reopening, CPS said.

“We’ve been promised repeatedly that CPS’ reopening plans are about equity. But it makes no sense to lock out 100 percent of our students when 80 percent of families are keeping their children remote. That’s the opposite of equity,” the union said in a statement.

The district has said if teachers fail to show up for in-person classes it would amount to an illegal strike. However, the union maintains the district would be forcing the work stoppage by locking out teachers.

The roughly 25,000-member union’s collective bargaining agreement, approved after a 2019 strike, prohibits its members from striking during the terms of the contract and bars district officials from locking out workers.

Illinois recently rolled out its latest vaccine phase that includes residents ages 65 and older and teachers. But districtwide efforts to vaccinate teachers won’t begin until the middle of February. City officials say there are many priority groups and not enough doses. 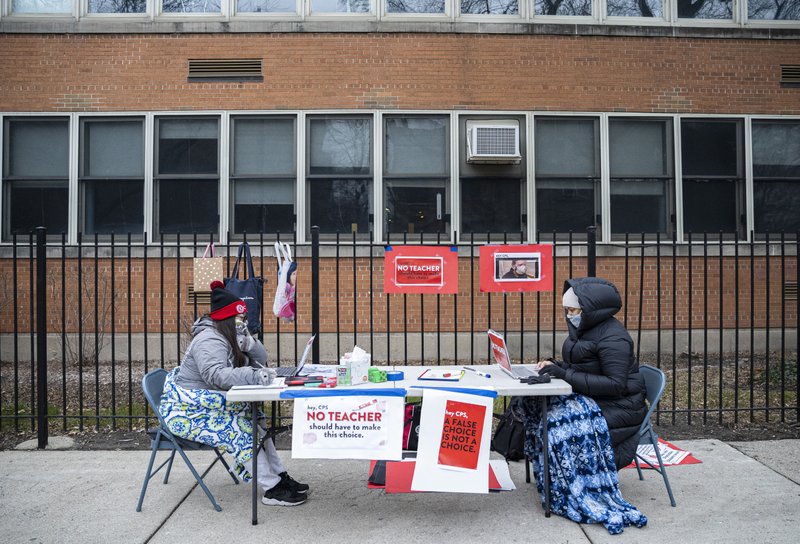