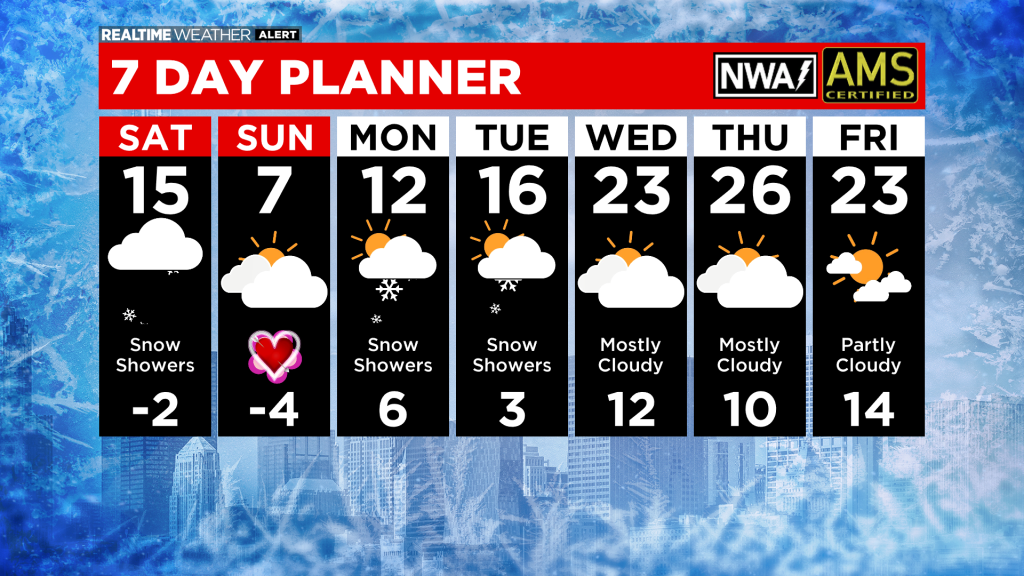 CHICAGO (CBS) — More cold temps and fluffy snow will be moving into the Chicago area, with higher lake effect accumulation in parts of Northwest Indiana likely.

Snowfall will begin tonight after 9 p.m. and continue into Saturday afternoon. Sunday could be the coldest Valentine’s Day in Chicago’s recorded weather history, according to CBS 2’s Mary Kay Kleist. The record of 8 degrees was set in 1943. There is a winter weather advisory in effect for Porter County, Ind., which could see 2 to 5 inches by the end of the day on Saturday.  Most of the Chicago area could get between 2 to 3 inches of powdery snow.  Visibility could be limited at times. Right now, there are no other advisories planned for Saturday, but that could change. Temperatures remain well below average, but there is a chance of a break toward more moderate temps by the middle of next week.

Sunday could see wind chills of minus 15 to 25 degrees, thanks to a “lobe of the semi-permanent polar air,” according to the National Weather Service. Highs will be in the single digits. Those chills could trigger a wind chill advistory.