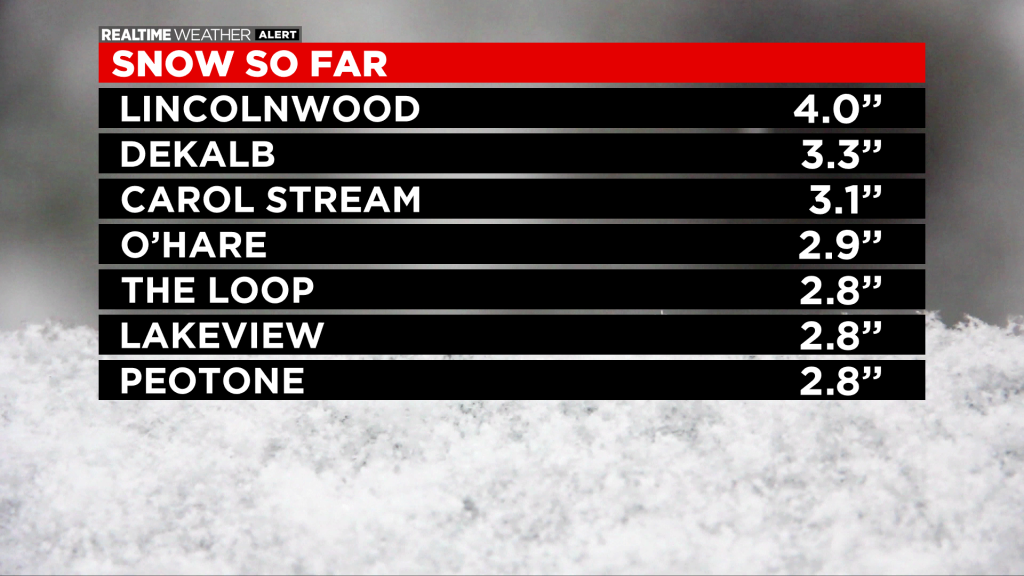 CHICAGO (CBS) —  Parts of the Chicago area had another 4 inches of snow on the ground after another round Monday evening.

A Winter Weather Advisory was in effect until 10 p.m. Driving conditions were slippery for the evening commute Monday. The snow also prompted a ground stop at O’Hare International Airport.

The Department of Streets and Sanitation sent out 211 snow plows and salt spreaders to keep main roads clear.

Once the snow moved away, brutally cold air moved again. In what is always a sight to see, Metra had to set fires along it tracks to keep them from freezing and to keep the trains moving.

There is a Wind Chill Advisory for areas around and west of the Fox River Valley, midnight to 10 a.m. Wind chills in the area under the advisory could reach 25 degrees below zero. The overnight low is 3.

Look for some sunshine on Tuesday, but temperatures struggle as Arctic air stays in place all week, through the weekend, and into next week. The normal high is 33 degrees.