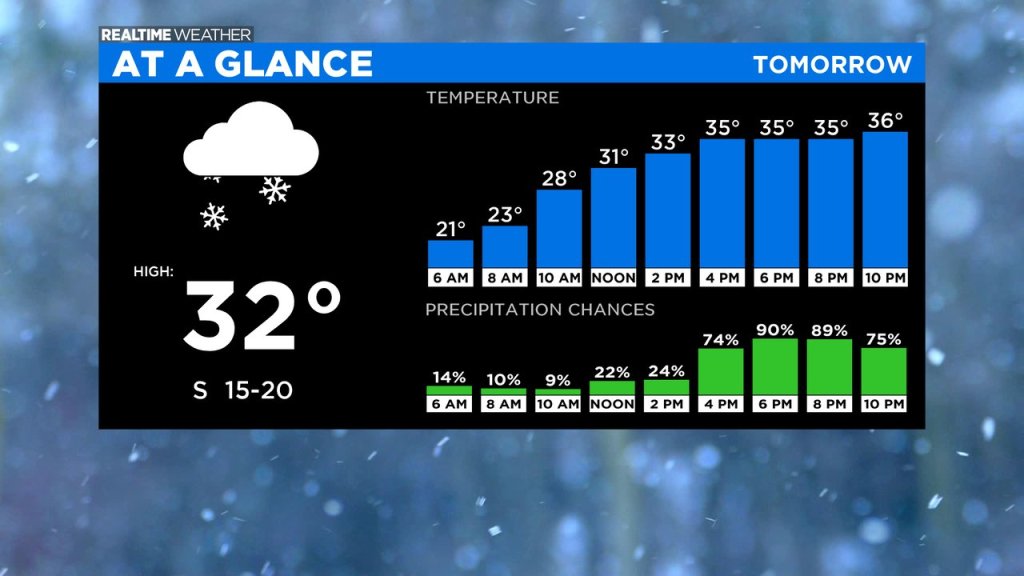 CHICAGO (CBS) — Look for light snow mainly late Sunday with total accumulations of around 1 to 2 inches, but up to 3 inches in spots northwest of the city. We will be warming up next week with some of the mildest temperatures in nearly two months. The next chance after Sunday for more snow comes on Wednesday. For Saturday night, it will be becoming mostly cloudy with lows around 20.

For Sunday, it will be cloudy with that light snow developing in the afternoon. It will also be breezy with gusts to 30 mph and highs in the middle 30s.

It will be warming next week to near or just above 40 by Tuesday. That next chance of light snow is late Wednesday and again late on Thursday.