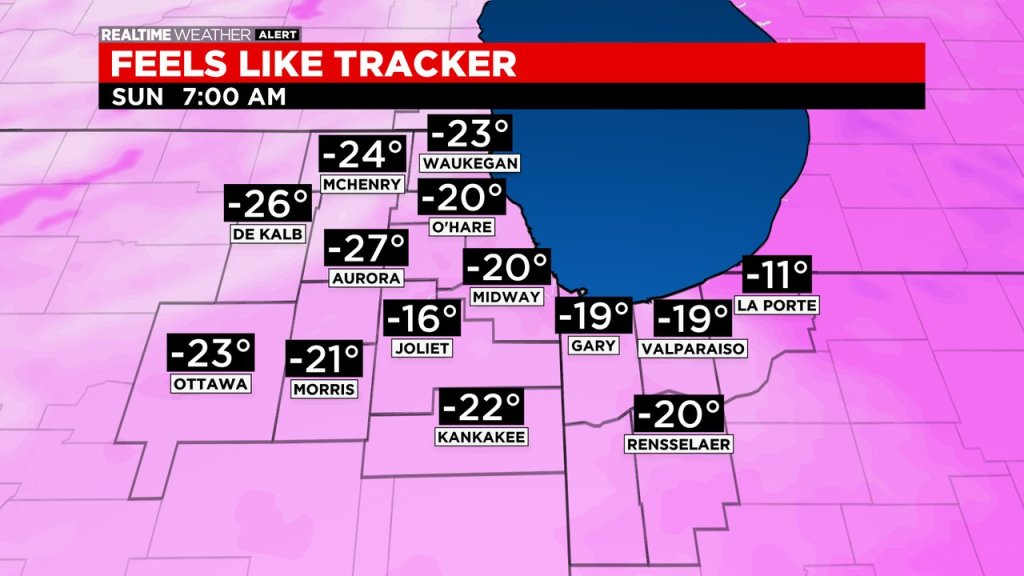 CHICAGO (CBS) — Snow was moving out of the Chicago area Sunday night, but a deep freeze was setting in — and won’t be going anywhere for a while.

A total of 1 to 4 inches of light, fluffy snow stuck on roadways and reduce visibilities as it was blown about.

A winter weather advisory had been effect until midnight, but expired early as the snow moved out. The Department of Streets and Sanitation said it activated a Phase II response to the winter weather system, deploying 211 snow vehicles. Salt spreaders will focus on addressing ice and snow on the city’s arterial routes and Lake Shore Drive.

The snow ends before midnight, with the heaviest accumulation south of the city.

But the other shoe now drops, with a wind chill advisory in effect from midnight until noon Sunday. Wind chills by daybreak Sunday could drop to -30.

The lows for Saturday night will drop to -4 in the city and as low as -10 in the far northwest suburbs.

Sunday will be the coldest day in a little over two years with single-digit highs. It will be sunny to start with increasing clouds in the afternoon, and a high near 7. We’re stuck with teens for highs early next week, and then another reinforcing shot of Arctic air arrives by next weekend.