CHICAGO — Father Michael Plfeger has broken his silence after he was accused of child sex abuse last month.

In two tweets posted Wednesday afternoon, Fr. Pfleger said that he is innocent of the allegations; which were brought by two brothers in the 1980s.

Fr. Pfleger made the comments after the Archdiocese of Chicago addressed “misconceptions” related to the priest.

“The only restriction ever placed upon him was keeping the names of his accusers and the circumstances they described confidential. He was encouraged to make public his declaration of his innocence,” the archdiocese stated.

In a press release, the archdiocese said they are waiting civil authorities to finish their investigation before they begin their own.

“Because much of the process is not within our control, it is difficult to predict how long it will take to reach a final determination. We currently have four priests accused of child sexual abuse whose cases are moving through civil and church processes. One dates from July 2015 and has made slow progress through the criminal court system. Two date from October and November 2020. Fr. Pfleger’s dates from January 2021,” the archdiocese stated.

A few weeks after the allegations, his lawyers accused one of the brothers of orchestrating a “shakedown” and claimed the brother asked for $20,000 to be sent to his Zelle account.

Pfleger is well-known in Chicago as an anti-violence activist and has been the pastor of St. Sabina Catholic Church, located in Auburn-Gresham, since 1981.

His faith community has continued to support him throughout the investigation. 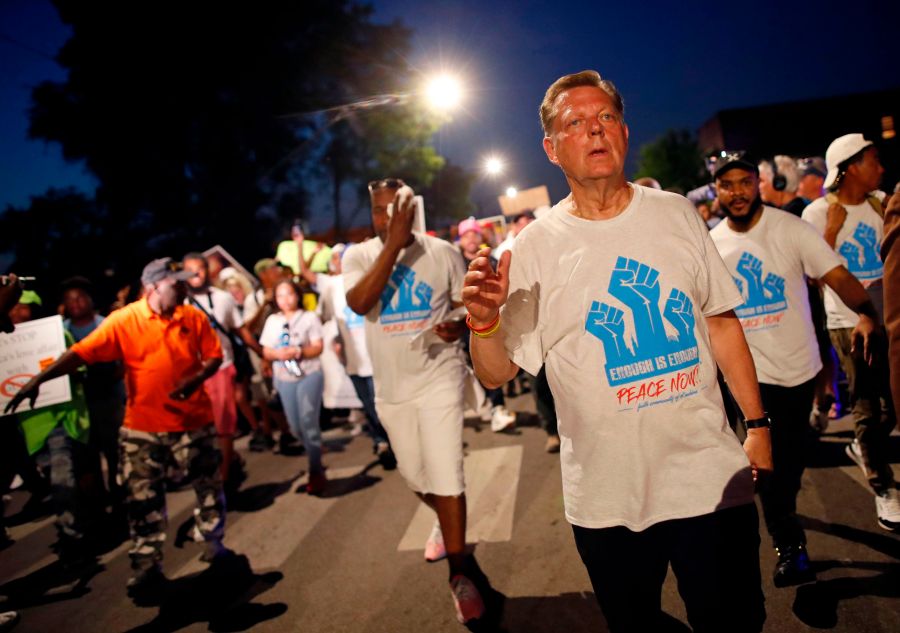