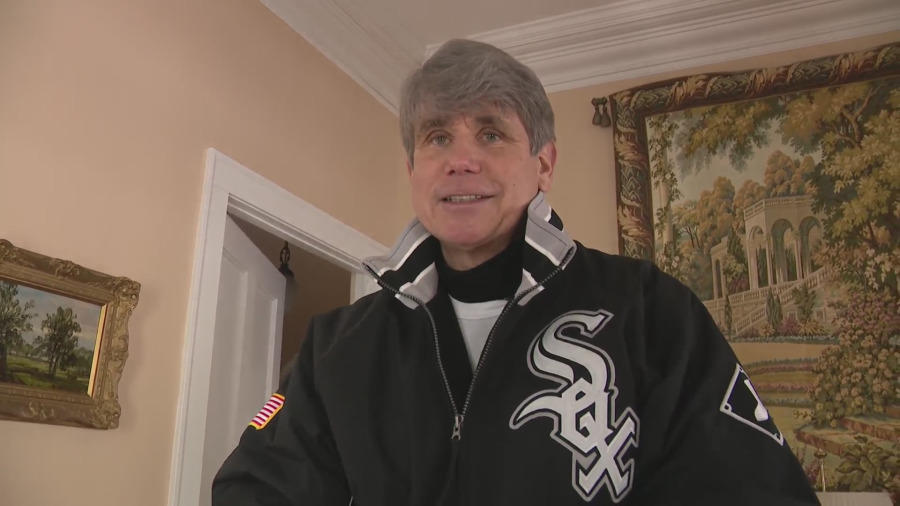 CHICAGO – One year ago this week marks the anniversary of former Illinois Gov. Rod Blagojevich’s release from federal prison.

WGN’s Julie Unruh was the first reporter to speak with Blagojevich after President Trump commuted his sentence and let him out of prison.

Now one year later, he’s sitting down with her again.

He made it clear, while the rest of us may have felt like prisoners in our own homes during lockdown, for him, it was a joyous reunion with his family.

Blagojevich has no remorse about his past at the age of 64. He’s making amends with some White Sox fans these days, but not with Illinois voters or anyone else he may have wronged during his political career.

Home at last, he is still running seven to eight miles, three to four times per week. For Blagojevich, huffing and puffing as he weaves his way through Chicago neighborhoods, even in sub zero temperatures, is liberating.

“After running those circles for eight years, everything looks so much prettier to me now that I’m home in Chicago, my hometown,” he said.

Blagojevich is still as chatty and as upbeat as ever, but called his eight years in federal prison the loneliest period of his life.

“That loneliness and sadness is a constant companion,” Blagojevich said. “There is a hole in your heart and you feel it.”

Fast forward to 2020, when he left prison and headed for his own house, WGN News was there to speak with him first.

A bit shocked, dazed and silver topped after all that time, the just released ex-governor shook some hands in the Denver airport, said he looked forward to a banana split, and instantly thanked the president who set him free.

Today, his feelings toward former President Trump are no different.

“Of course I am still a Trumpocrat, Blagojevich said. “He liberated me.”

The former governor spoke to us while quarantining with his family. He said the entire family has tested positive for COVID-19. Despite currently having the virus, he said he feels good and his family is getting through it.

“I had the chance to spend my first Christmas at home in nine years,” he said.

Since his release, Blagojevich has been making a living through the celebrity app Cameo; where he gives video messages to people for $80. Blagojevich said he’s nearly 2,000 messages and is also doing some consulting for businesses.

But his mission these days, remains focused on criminal justice reform.

“I am a living example of being forced to be imprisoned on a big lie,” he said. “I truly believe I was a great governor.

Not only does he maintain the justice system failed him, but he said it continually fails men of color. Blagojevich said he experienced it first hand as an inmate.

“It’s a broken system, a racist system. It is the rule, not the exception to over-sentence these young black men to prohibitively long prison sentences that deny them any chance at a second chance,” he said.

What’s next? Blagojevich said he may write a book or do some motivational speeches. He really wants to spent more time with family.

“I truly believe my best days are still ahead of me,” Blagojevich said. 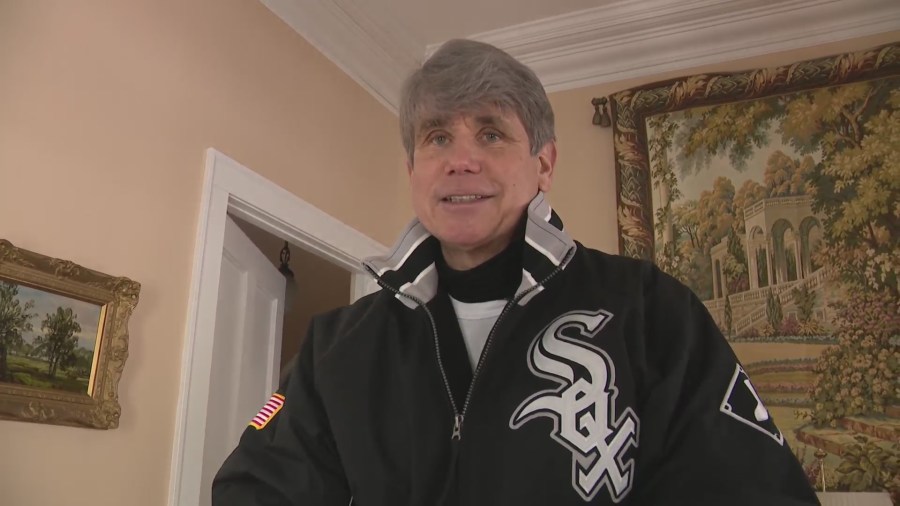