CHICAGO – Over the past twenty years, more than 50 women have been brutally murdered in Chicago. Their bodies were left in alleys, vacant lots and abandoned houses, leaving one research group that tracks unsolved murders to suggest that a serial killer may be at work.

Roosevelt University Journalism professor John Fountain vowed “we’ve got to shine a light on this.”

Fountain, a former New York Times national correspondent and former chief crime reporter for the Chicago Tribune, assigned his students an ambitious project last January. The task was to tell the untold stories of the 51 women, all of whom were strangled or asphyxiated, with some even dismembered and burned.

Most of their deaths remain unsolved and unreported on by mainstream media.

Samantha Latson is one of 16 student journalists who worked for a year, tracking down the victims’ families and getting them to open up about their loved ones.

“They were thankful that I cared,” she said. “It didn’t matter that I was a student journalist.”

The sister of murder victim Nancie Walker says, “it gives me hope that something will come out of the articles.”

Myrna Walker’s older sister Nancie disappeared 18 years ago on Jan. 28, 2003, hours before they were set to meet for lunch. Nearly two months later, Nancie’s body — dismembered and put into 3 black contractor bags — was found on the side of the road by a cleaning crew.

Her cause of death was strangulation.

The Murder Accountability Project, which first raised the red flag about the 51 deaths, said a pattern suggests a serial killer at work. According to the group, many of the slain women were prostitutes or drug addicts.

Many have argued their stories have gone untold because the murdered women are mostly Black.  Latson takes it a step further, saying, “we’re America’s most unwanted. No one really wants to hear our stories, one because we’re Black and two because we’re women.”

“We understand how people feel,” says Brendan Deenihan, Chief of Detectives for Chicago Police. “We want them to know that detectives are out there and they are doing the best of which they are capable of to solve these crimes and we’re looking to do a better job of connecting with the community as well.”

In 2019, CPD created a taskforce, made up of FBI and CPD detectives to review the 51 murdered women’s cases.

“We didn’t find any connection, specifically stating through DNA, any other connections through investigatory leads, stating that all of these cases were linked.”

Authorities did, however, solve four cases, but the state’s attorney felt charges could only be sustained in one.

The man charged with the murder of Diamond Turner is also a suspect in two other homicides.

“There’s always hope,” Deenihan said. “They are murder investigations, they are never closed.”

Professor Fountain doesn’t want this to be a story about race but he says it’s hard to ignore the obvious.

“I am convinced that if there were 51 dogs killed in the city of Chicago, people would be up in arms but we aren’t,” Fountains said. “We have to change that to understand that every life matters.” 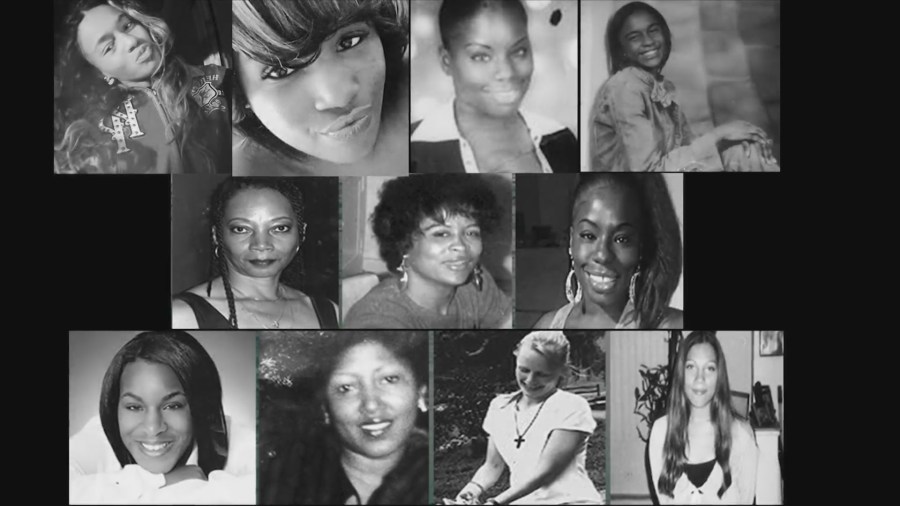