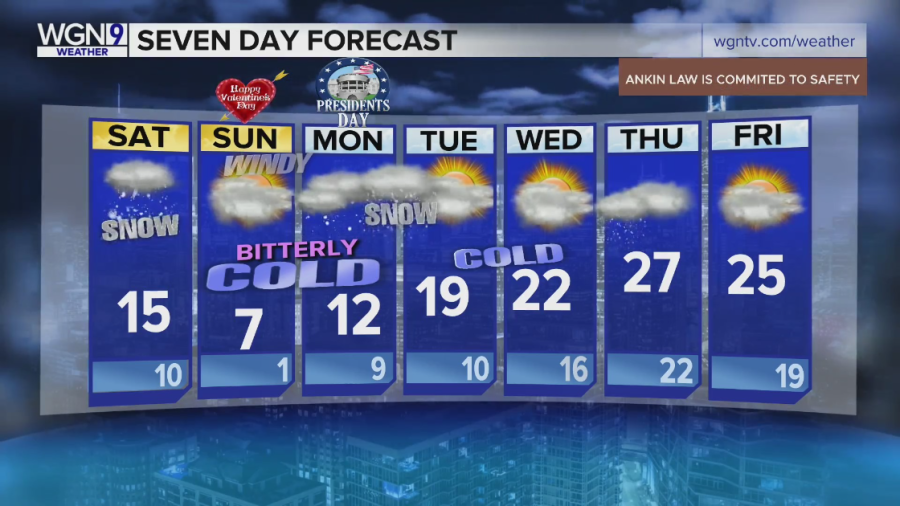 Some snow will continue into Saturday afternoon. It appears is will become more on and off in between 1 p.m. and 4 p.m.  Saturday, though some light snow or flurries may persist into the opening hours of Saturday night.

This won’t be a huge snow—nor will there be strong winds with this snowfall. But a respectable 2 inches to 4 inches  with local 5 inches totals in a few locations expected. And given the temps at which the snow will fall, this will be a very fluffy snowfall, not one laced with a huge amount of moisture.

The bitter cold tightens its grip later Saturday night, Sunday and into Monday.

Here are our expected high temps and minimum morning wind chills at O’Hare are over the coming week:

And more snow expected next week

Sunday afternoon and evening. Snow is expected to be light.

And Thursday into Thursday night

Current modeling suggests the storm systems slated to produce the Monday and Thursday nights are to pass far enough southeast to keep the heaviest snows to our south. But it’s early and were either of the two systems to take a track West of the one now projected, their threat to chicago would increase.

Relief from the cold in sight

The North American blocking pattern which has trapped cold air in place the past eight days is to break down next week. That won’t produce a great gush of warmer air–but, particularly in the weekend and week following this coming week, it should result in a let-up in the intensity of the cold air.

One issue which arises, might that mean a continuation of the snowy weather regime which has dominated since mid-January. That too is being monitored and will become clearer in the coming week.

For the latest weather updates, go to wgnv.com/weather. 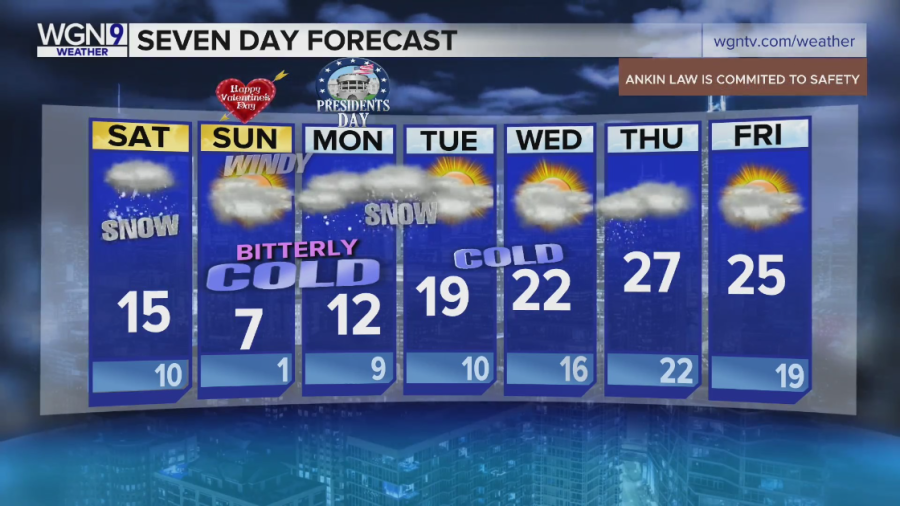