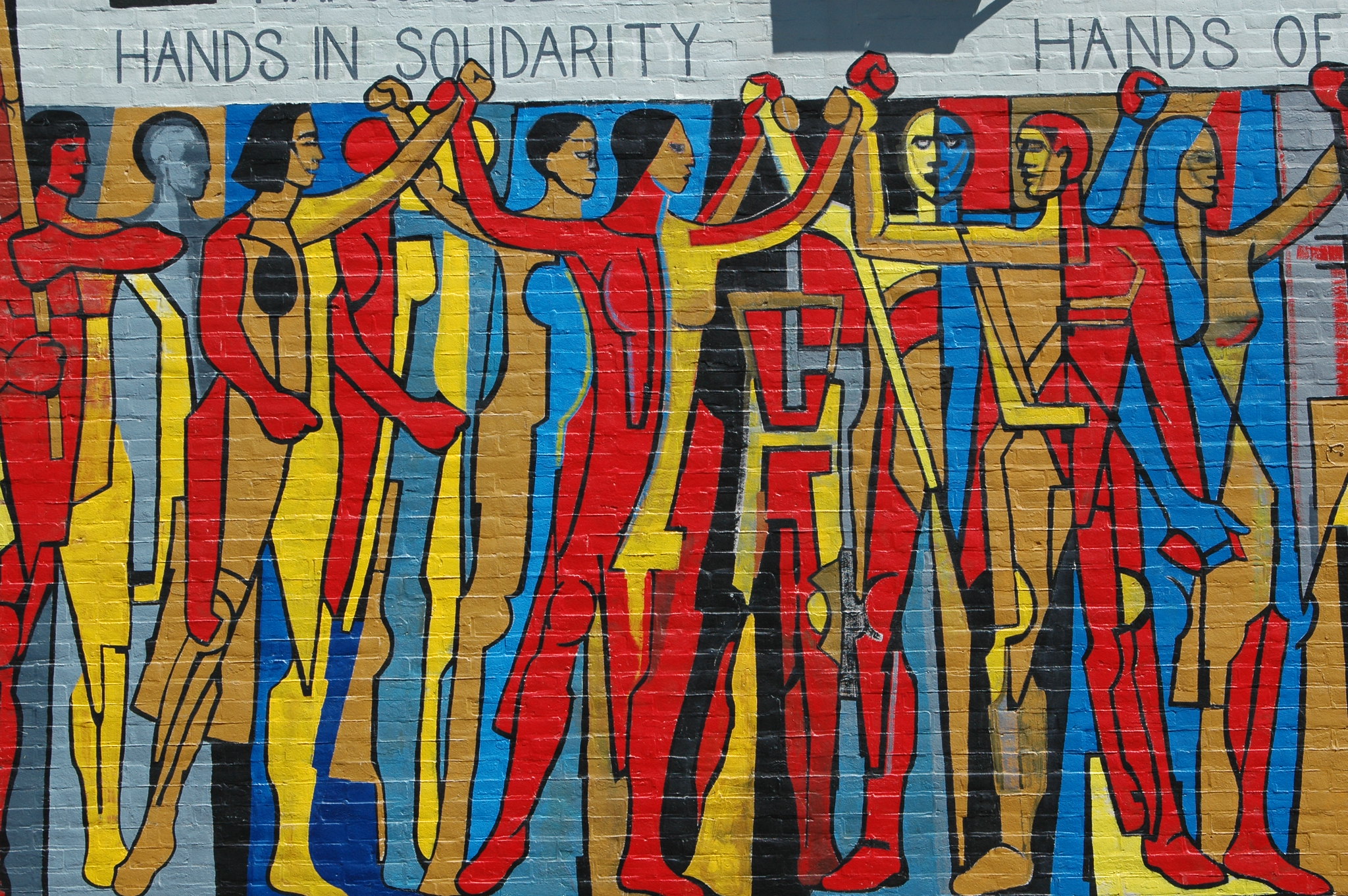 For many years I taught religious studies; philosophy and theology always intrigued me for obvious reasons, as they address the most profound yet common questions of life and living.  And in answering those questions, one detects a pattern in the way people read texts.  In reading religious texts, like the Hebrew Bible or Qur’an for example, some approach the text literally; they prefer the most obvious understanding of the text.  While others, mystically inclined, rationalize more interpretation out of the text; behind the words is a ‘real’ meaning, an esoteric meaning that can only be ascertained by some sort of skill.  Incidentally, literal and esoteric readings can be distributed along a conservative/progressive spectrum and those very same tendencies can be seen in our world today.  The Left today is both moved and perhaps plagued with an abundance of esotericism, confounding critics while causing incoherence amongst adherents.

I will be writing three pieces on the way in which “the Left” and “the Right” currently interpret western but particularly American life.  Naturally, I am not comfortable homogenizing a “Left” or “Right,” but I have entitled myself to that license.  The general critique I am making is that both camps are suffering from too much social science and not enough humanities, a theme I will elaborate on in the third piece. In the next part of this piece, I will address the Right and what I am referring to as the law and order evangelism of Jordan Peterson or maybe Ben Shapiro, who I do not consider to be the same caliber thinker as Peterson, but they exemplify different ways to interpret and thus speak on issues.  And before you scream ‘wait, Peterson is a Jungian who employs archetypes in an almost Neo-Platonist manner to analyze psychological processes, he could never be a literalist!’ Read the next piece.

For now, I want to unpack the increasingly heavy bag of woes I now carry, as a nominal member of some sort of intellectual class.  My background is an academic one, so I naturally pal-around with other scholars, filmmakers, journalists and lawyers who all believe, or believed (depends on age), that ideas change the world.  Many are conservative but most are liberal and by liberal I mean of the contemporary variety, not the classical one.  And today’s liberalism is becoming very esoteric and muddled by an obsession with paradigms that can be generalized and proclaimed as absolute truths.

There are advantages and disadvantages to an esoteric approach to the text and to life.  When it comes to texts, contrary to instinct, liberal interpretations require reason, which is an advantage.  The human being is at the center of the interpretation, not the text.  The reader employs reason to render the text useful to one’s own times and circumstances.  Gnostics, Kabbalists and Sufis are all more philosophically inclined than their fundamentalist, Hasidic and Salafist counterparts, whereas the latter are tied to the letter of the text, the former may enunciate what they see to be the spirit of the word, in a way relevant to the world.

But there are disadvantages to esoteric readings as well; what begins as reason quickly devolves into superstition, cultism and swindling.  Since the meaning of things is not readily available upon first sight, esotericism often requires “special knowledge” or “skill” in uncovering the “real” meaning of the text.  Those with such skills are revered and their thoughts elevated to the prophetic.  Well, one does not have to think hard about how easy it is to swindle others by convincing them you possess special knowledge and authority in understanding the text and world.

In today’s world, along with our Abrahamic mystics, there are now secular soothsayers as well.  They insist that the world is not what meets the eye; beneath the surface the world really consists of class division, sexism and racism.  Further, such ‘isms are pervasive, all encompassing, inescapable, very much immanent, to use another theological term.

I have no problem acknowledging racism, sexism or economic exploitation, neither should anyone (which is a central problem); but when an interlocutor insists that I need a code-breaker or a mediator to see reality because we simply disagree as to what is racist or sexist, this creates another problem.  I cannot have a conversation with you, because my eyes and ears have been declared null and void.  This is of course what “woke” means, it means you have awaken from the slumber of the matrix, while I remain dormant, only a potential of a human being.  But as someone who is “woke” you also possess the authority to interpret the world for the rest of us napping nitwits.

Jordan Peterson and some of the writers at Quillette are quite correct when they insist that much of this worldview is predicated on Marxism.  Sociological Marxism interprets the institutions of our society as reflecting the interest of the dominant class; culture, law, art, religion are all false forms, shades of obscurity and framing, inoculating the revolutionary spirit of the citizen.  Naturally, those well versed in critical theory possess the tools to deconstruct this opiating structure and reveal the real world to the rest of us!

Now, I want to be clear, Marx provided tremendous insight into the workings of capitalism and I raise a curious eyebrow whenever I see his work dismissed outright.  I do not think any serious thinker really believes that material conditions simply reflect cultural values, which is a conservative inclination.  Even staunch conservatives would, I hope, acknowledge that culture, values and behavior often reflect material conditions.  This seems like a common sense thing to acknowledge, it is also Marxist.  Yet, when something that is common sense is flipped into something cryptic, soothsaying emerges.  Further, the sociological method at the heart of Marxism has split off into tributaries of feminism, critical race theory and speculations on gender, giving rise to an incoherence about what variables are really at play in our society.  Is race the ultimate variable? Sex? Gender? Is gender even real?  Or is it a product of class?  Or is class a product of racism? Sexism?

Ironies also abound amongst this Left, the obsession with forming paradigms that explain everything require the adoption of approaches to issues that were themselves challenged by progressives years ago.  One irony that agonizes me is the rise of racial essentialism.  I consistently read and hear the word “blackness” thrown around and I cringe, what exactly is “blackness?”  I assure you any attempt to try and answer that question will be either patronizing or racist.  And patronizing someone for his or her race is another form of racism.  Imagine if I referred to peoples and cultures that hail from China, Korea and Japan as “yellowness.”  Its gross.  The term “blackness,” which I suppose refers to some sort of essence that black people share, screams of erasure, reducing billions of people from different nations, tribes, linguistic families and cultures into an amorphous concept that is devoid of history and actual human beings.

The irony is such ‘essentialism’ was deconstructed on the Left in the 1970’s, as it was a cornerstone to racism. When I was a graduate student, who also happens to be an Arab-American, I devoured books by the late great Edward Said; his seminal work, Orientalism, decried racial essentialism.  Said offered scintillating criticism at any attempt to reduce the Arabs to their language, ‘a la Bernard Lewis, or their psychology ‘a la Raphael Patai for gross generalization.  For me, the term blackness is not too far removed from blackface; it is a generic stand in for an argument, devoid of the individual and particular, just as blackface was employed to “represent” blacks without actually involving blacks.  But now Left discourse thrives on racial essentialism; white people are reduced to privilege, while “POC” are reduced to disadvantaged.

There are the remnants of Neo-Platonist attitudes in this line of thinking; mobilizing our race relations, one may deduce, are persistent forms of “whiteness” and “blackness” and “colored-ness(?)” that enable me, the interpreter, to know more about you than meets the eye, even if my deduction is based entirely upon simply looking at you.  At the heart of this entitlement is the misapplication of a notion of transcendence.  Thinkers like Robin DiAngelo and Ibram X. Kendi have taken on the authority of transcendence; they know you, even when you supposedly don’t.

I have as much of a problem with Robin DiAngelo claiming to have risen above our culture and economy to “bring us the truth” as I do with Sam Harris.  Harris thinks he is some embodiment of the transcendent logos, pure reason, unadulterated by the supposed petty influences of culture, economy and power.  I am sure that DiAngelo would agree with me on Harris and, in fact, she would extrapolate the argument and explain this is at the heart of her book White Fragility.  Like Harris, many whites assume they are inherently “objective” and thus fail to transcend their own internal biases.  And she has a point, especially when we think of things like cultural orthodoxies, a point that would also apply to all majority groups in a given situation.  But I then immediately have to ask, how did she “transcend” her biases?  How did she discover the answers?  The truth?

Maybe it is not the fault of the DiAngelos and Kendis of the world; maybe there is a white, liberal elite class that elevates them to the role of prophets, when they in fact are simply professors.  But it is making things very uncomfortable and the discourses evolving out of these epistemic positions are generating more social incoherence.  I am not the first or last to point out that the direction the Left is now moving towards is so deconstructive it is becoming destructive, to the point where all meaning, including language, will be reduced to rubble.  Ultimately, the Left is simply as strong as the Right is willing to let it be (and vice-a-versa) and there is entitled stubbornness on the Right, as well as inconsistency and hypocrisy that I will address in the next part of this essay.  That does not relieve people on the Left of the responsibility to develop the courage to act like adults however, this discourse, while being sanctimonious, is becoming straight up silly.  And no serious thinker should be ok with being silly.