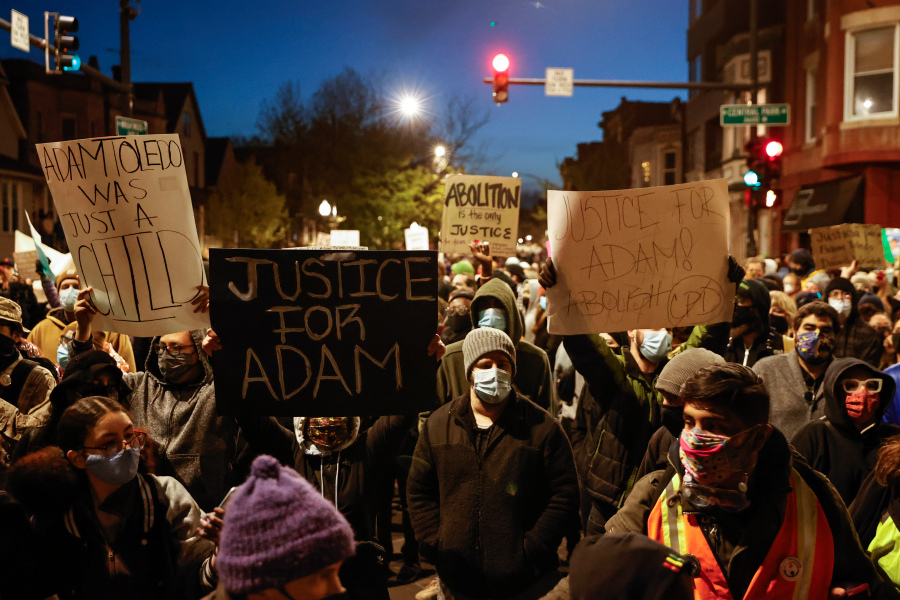 CHICAGO — Two people were arrested after thousands gathered in Logan Square Friday night in response to the release of the video showing the fatal shooting of 13-year-old Adam Toledo.

The men both face misdeamonr charges — one for spitting on an officer and another for reckless conduct after a clash with police.

Protesters gathered west of Mayor Lori Lightfoot’s home near Kimball and Wrightwood avenues. Chicago police officers had the area around her home blocked off. Some demonstrators clashed with cops near Logan Square Park, but the event remained mostly peaceful.

Tendaji said she and her son, 20-year-old Anthony McCollum tried to help those who’d fallen.

“I’m trying to help pick them up and cops are swinging batons over my shoulder,” Tendaji said.

McCullom said he soon found himself on the ground as well.

He was later taken into custody and faces a misdemeanor charge of reckless conduct.

“Their aim shifted toward me and I just felt the weight of maybe 600 lbs. on my back, officers holding me down,” McCullom said.

An 18-year-old man, Graham Lefauve, was arrested for misdemeanor battery after police said he spit into an unmarked CPD vehicle, hitting an officer while riding on a bicycle. A felony battery charge was denied.

Video footage of the shooting, released Thursday by the Civilian Office of Police Accountability, shows a CPD officer, later identified as Eric Stillman, shooting Adam once in the chest around 2:30 a.m. on March 29 in the alley of the 2300 block of South Spaulding Avenue in Little Village.

Adam was shot after he and 21-year-old Ruben Roman, allegedly ran away from police who were responding to the area for a report of gunfire.

After the release of the video, small protests were held in some parts of the city.

Toledo’s immediate family has yet to speak publicly, but an aunt of Toledo, Teres Chavarria, urged families Friday to hold their children close at the exact spot Adam was killed.

The Adam Toledo family, through their attorney, released the following statement urging for continued peaceful protests.

“We understand that emotions in the community are running high in the wake of the release of police body camera and other videos depicting the March 29 police shooting of 13-year-old Adam Toledo and that protests are planned for later today. The Toledo family implores everyone who gathers in Adam’s name to remain peaceful, respectful and nonviolent and to continue to work constructively and tirelessly for reform. The family is forever grateful to the leaders and members of Chicago’s Latino community and the residents of Little Village for their support in this time of grief and mourning.”More Chicago News headlines from WGN 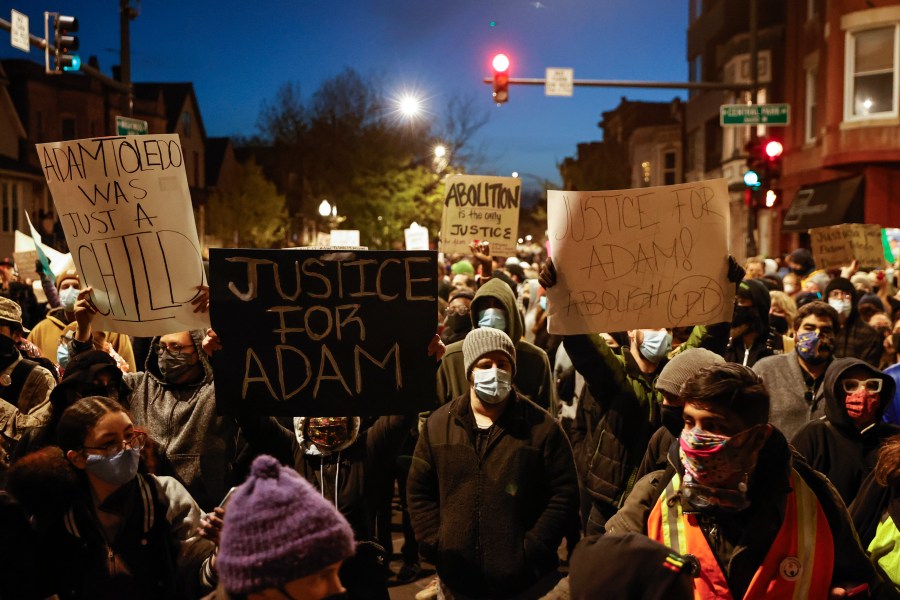