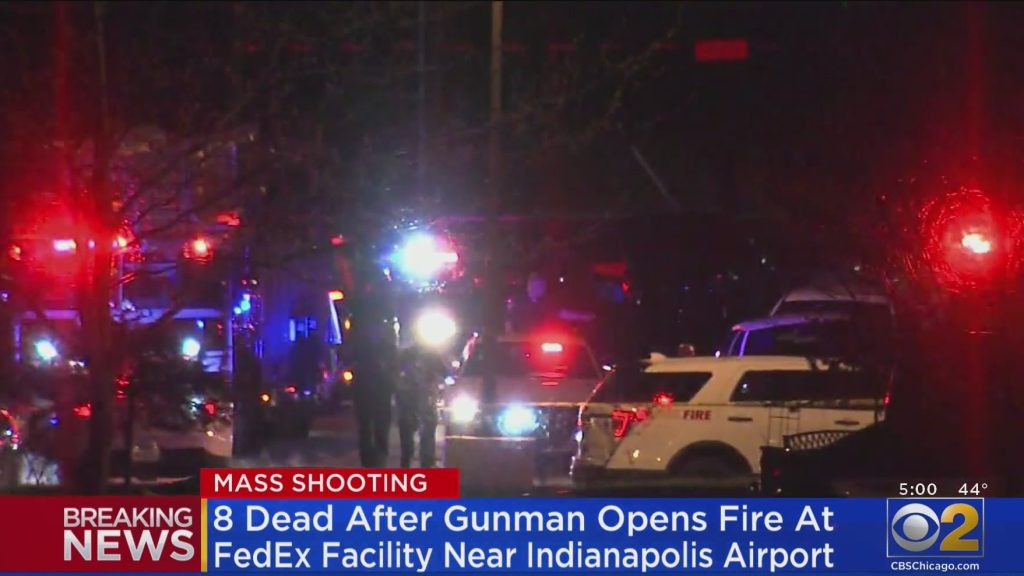 The Indianapolis Metro Police Department said officers responded to an active shooting incident after shots were fired at the facility.

IMPD confirmed, in a press conference early Friday morning, the shooting took his own life at the scene.

Police said at least some of the shots were fired outside the facility. One man said his niece was sitting in her car when she was shot.

The eight people who were fatally shot were pronounced dead at the facility, police said. Police confirmed multiple people have been taken, or taken themselves, to local hospitals. Other victims were treated on the scene.

One person is in critical condition.

No officers were injured.

FedEx confirmed officials are “fully cooperating” with the investigation” and released a statement on their website.

“We are deeply shocked and saddened by the loss of our team members following the tragic shooting at our FedEx Ground facility in Indianapolis,” FedEx officials said.

Family members of Fedex Employees who are attempting to come to the scene please go to the Holiday Inn Express at 8555 Stansted Drive, Indianapolis #FedEx @IMPDnews pic.twitter.com/RVd6CZPtcJ

According to Indiana State Police, family members of FedEx employees should go to the Holiday Inn Express located at 8555 Stansted Drive. A victim’s assistance unit are available.

CBS News has live updates on the shooting.