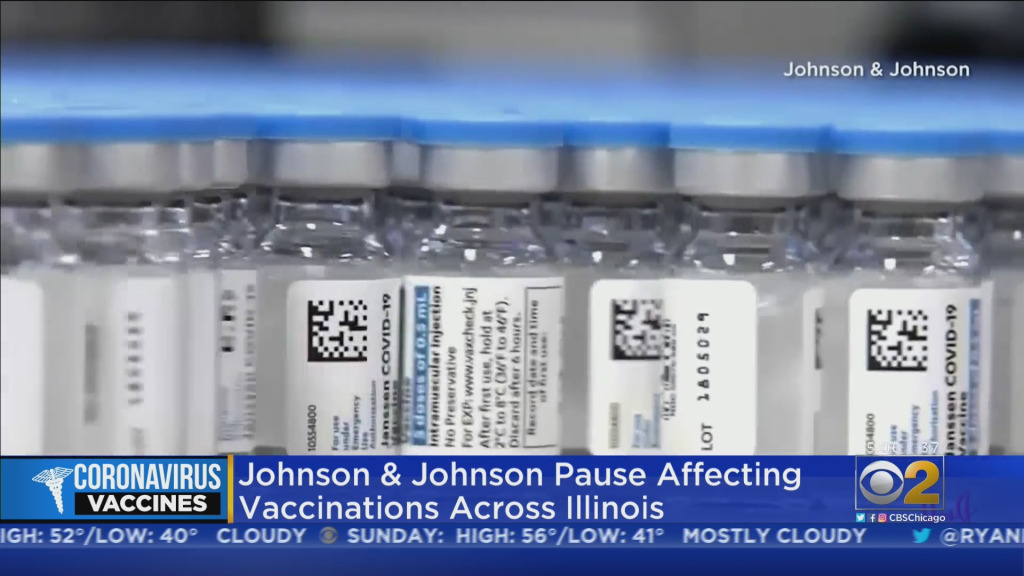 CHICAGO (CBS)– An emergency meeting Wednesday will discuss whether it’s safe to continue giving the Johnson & Johnson vaccine, after it was linked to blood clots and paused by the CDC.

This comes after six cases of rare but severe blood clots appeared. One woman has died, and another woman is in critical condition.

The White House does not believe pausing the Johnson & Johnson shots will slow down vaccines too much, since 95% of the country’s supply has come from Pfizer and Moderna.

The pause on the vaccine is impacting vaccination sites all over Chicago.

The mass vaccination site at Chicago State University just opened last week and was exclusively giving out the Johnson &Johnson vaccines. Starting Wednesday, it will be switching to Pfizer vaccines.

This pause is not just affecting sites in Chicago.

Cook County said vaccinations at its Tinley Park mass vaccination site were halted. All homebound vaccinations programs and vaccine bus programs, which rely on Johnson & Johnson are also on hiatus.

Employer based vaccinations at O’Hare and Midway have also been postponed.

In the meantime Governor JB Pritzker said the state will send 50,000 doses of Moderna and Pfizer vaccines to Chicago over the next week to help make up for the pause.