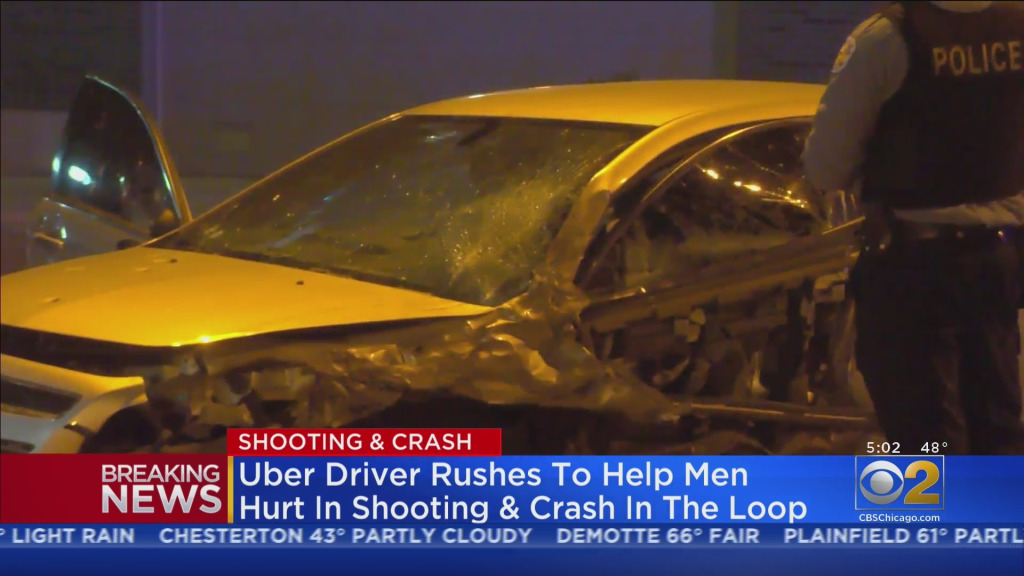 CHICAGO (CBS)– An Uber driver rushed to help after a shooting in Bronzeville ended with a crash in the South Loop, leaving a man in critical condition.

Police said three men were driving in the silver Chevy Malibu around 11:20 p.m. in Bronzeville when someone started shooting at them.

A 21-year-old inside the Chevy was struck throughout his body.

The driver tried get him to a hospital, but crashed into a Jeep on Clark Street in The Loop.

A passing Uber driver picked up the shooting victims and drove them to Northwestern Hospital.

The 21-year-old man is in critical condition and the driver was treated for leg injuries.