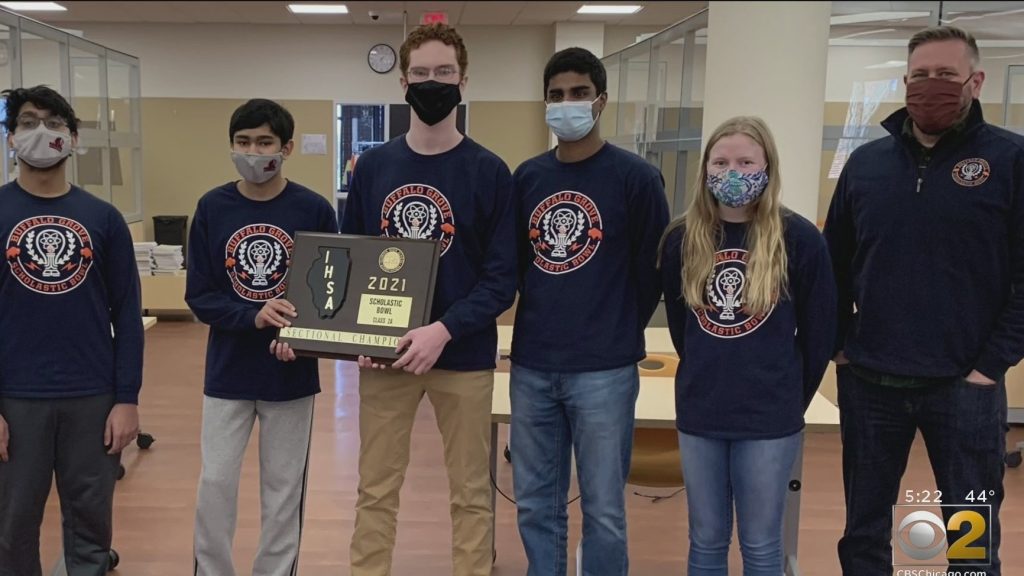 CHICAGO (CBS) — Basketball games, soccer matches, cheerleading tournaments; the pandemic postponed or cancelled plenty of events for high schoolers, but one is back on in a big way: the national championship of quiz bowls.

CBS 2 Morning Insider Tim McNicholas met with two local teams that will compete, and he put them to the test.

When it comes to nationwide quiz tournaments, this is the big show for high schoolers. The National Academic Quiz Tournaments’ national championship is usually held in Atlanta, but last year the pandemic cancelled it altogether, and this year more than 200 teams will compete virtually.

Barrington and Buffalo Grove High Schools both qualified, and both teams joined McNicholas for a Zoom interview, along with their coaches.

“I’m excited to go, and I’m excited for everyone else to go and have some fun,” one student said.

‘I think that both of us (both teams) are going to make some deep runs,” another said.

Both teams said they’ve honed their skills in the past year with virtual tournaments, including some events based in other states that wouldn’t have normally joined.

This weekend, they’ll put those skills to the test for real.

That tournament is this Saturday and Sunday.