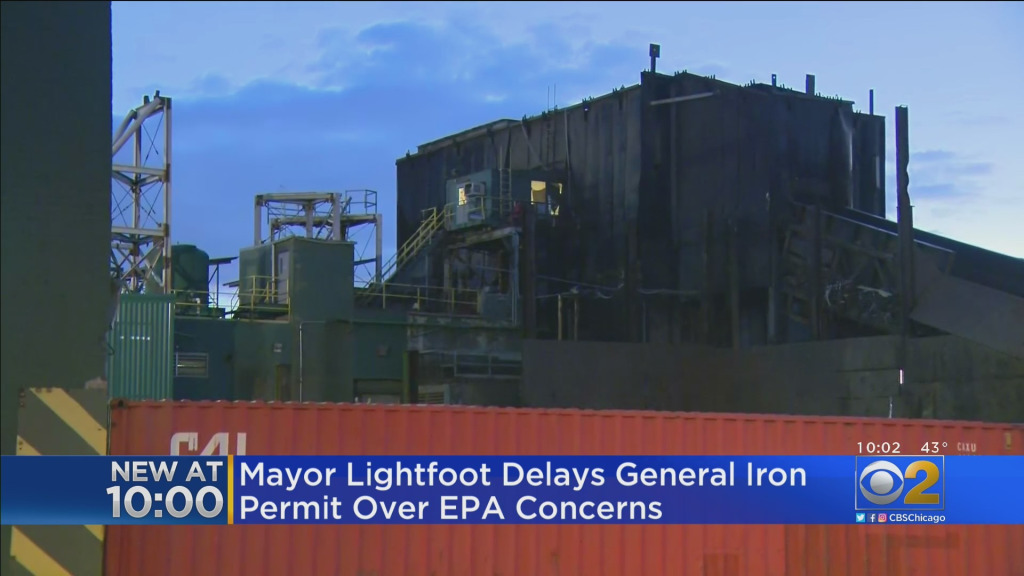 CHICAGO (CBS) — Plans to relocate a Lincoln Park car shredding plant to the Southeast Side are on hold because of environmental concerns.

General Iron has a history of violations with the Illinois Environmental Protection Agency and Chicago health inspectors for emitting toxic fluff and excessive air emissions. For years neighbors of Lincoln Park’s General Iron have considered the plant an environmental dumping ground. The company wants to relocate, but Mayor Lori Lightfoot put that idea on hold, at least for now.

The facility even had an explosion last year that rocked several homes in the North Side neighborhood.

Now President Joe Biden’s top environmental official told Lightfoot in a letter that he has major reservations about the car shredding plant moving to the southeast side, raising civil rights concerns about the move from a predominantly white neighborhood to a mostly Latino community.

The letter reads, in part, “Substantial data indicate the current conditions facing Chicago’s southeast side epitomize the problem of environmental injustice, resulting from more than a half century of prior actions. This neighborhood currently ranks at the highest levels for many pollution indicators used by U.S.”

In order to relocate General Iron needs a permit, but Lightfoot is holding off on making any decision until an environmental study is completed.

It is unclear how long this study would take, but environmental studies can go on for months.