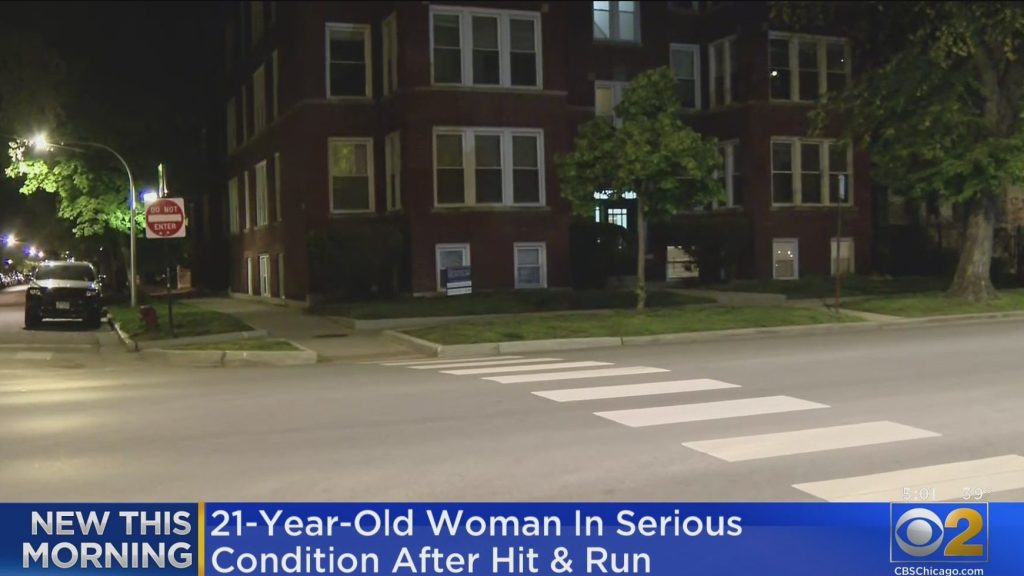 CHICAGO (CBS) — A woman was struck and seriously injured by a car in a hit-and-run Tuesday evening half a mile west of Wrigley Field in Lakeview.

The 21-year-old woman was walking north on Janssen Avenue at 6:10 p.m. when she tried to cross Addison Street, police said.

A Hyundai Elantra went through the intersection and struck the woman, police said. The driver did not stop and fled the scene.

No one is in custody and police are searching for the driver.