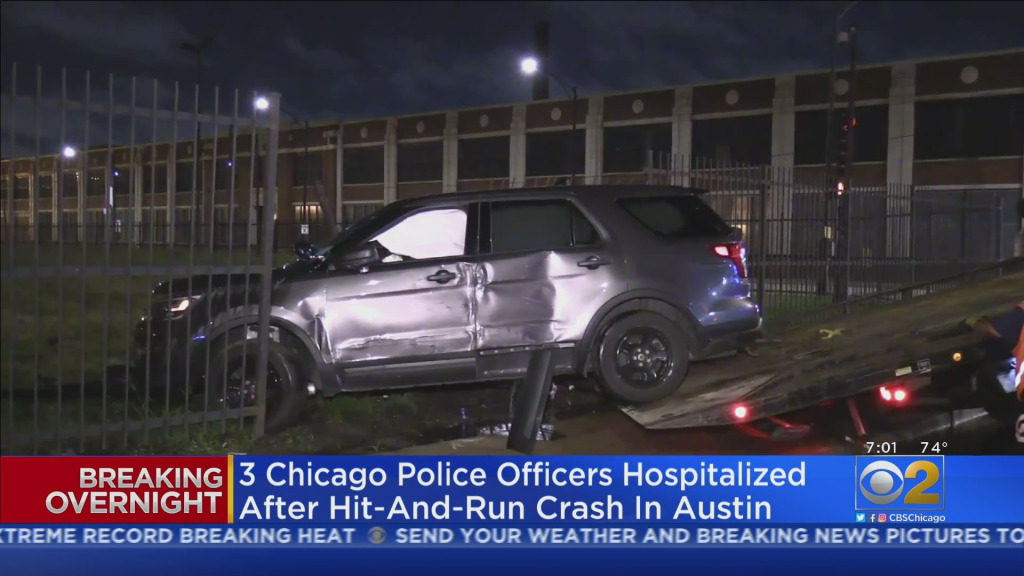 CHICAGO (CBS) — Three Chicago police officers were hospitalized after a hit-and-run crash sent them through a fence early Sunday morning on the city’s West Side.

Police say around 12:30 a.m., an unmarked vehicle was in Austin near Cicero and Division.

A black car went through a red light, hit the SUV, and sent it skidding through the fence.

The black car took off and had not been found.

The officers are in good condition.