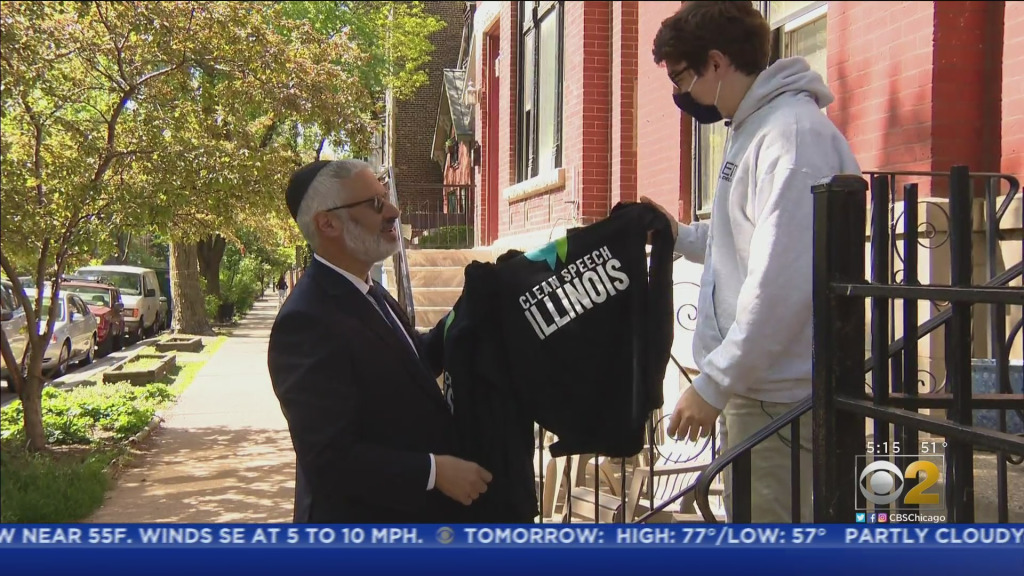 CHICAGO (CBS) — Could you be a little nicer? What if we told you it only takes one minute a day?

Rabbi Zev Kahn says our beautiful neighborhoods could be even nicer – not through a physical transformation, but a spoken one.

“It’s not about dirty language or foul language,” Kahn said. “It’s harmful or hurtful language – and that could include embarrassing something; saying something negative.”

Kahn is the organizer for Clean Speech Illinois. The Clean Speech Challenge began in Colorado in 2019, but its concept is thousands of years old.

Being respectful when you speak is a core Jewish teaching within the Torah.

“Many people don’t realize it,” Kahn said. “They think it’s just laws about the sabbath or what foods you can eat.”

Clean Speech Illinois successfully completed a pilot program in March. In a YouTube video, it is advised, “If you share your unkind opinion with your co-workers, it will change their perspective.”

University of Illinois students like Breena Schusterman created short lessons, then shared them to social media.

“Basically, there’s a different theme for each day and it goes on for an entire month,” Schusterman said.

The lessons range from respectfully disagreeing to keeping it quiet sometimes.

The YouTube vide advises, “By listening to someone, we show that we care about them and what they’re saying is important.”

Thirty days of reflection can improve chats going in the wrong direction.

“Just change the subject on your own – detour the conversation,” said U of I graduating senior Michal Dymarsky.

Dymarsky explained what she learned to flip the script of negativity.

“I’ve caught myself even studying for finals, saying, ‘Oh man, I’m so tired of this – I’m not going to get the grade I want,’” she said.

Rabbi Kahn wants to bring his free positive thinking campaign to Chicago at campuses like DePaul University. He is recruiting for a November challenge with friends – in what might be good practice for Thanksgiving with family.