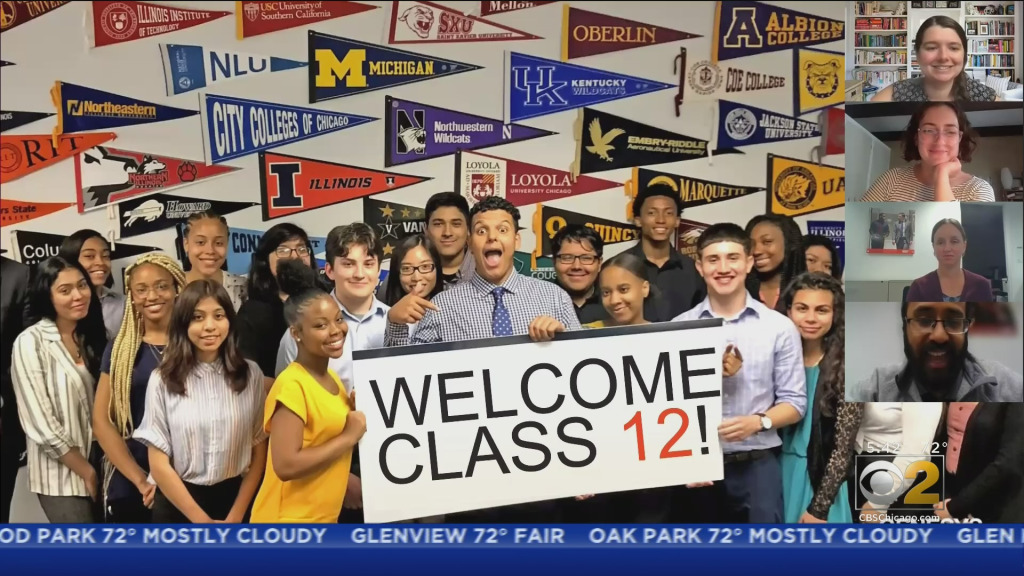 Well, a local nonprofit is creating a pipeline to try to connect people on the South and West sides with exactly that.

As Morning Insider Tim McNicholas reports: it all starts with the kids.

At a sixth floor suite in the heart of the Loop, a group of young professionals prepares to launch their careers.

These incoming seniors just wrapped up a virtual orientation for Genesys Works, a program that connects Chicago kids with hands-on job experience. Once they complete summer training, they land paid internships–20 hours a week for 10 months.

“I’m very excited to start and hopefully everything goes well and I get an internship,” said Leslie Montenegro.

Students have interned at Accenture, Kirkland & Ellis, Grub Hub–all thanks to Genesys Works.

The nonprofit says their mission is to expand career pathways “for youth from underserved communities.”

In other words: Chicago’s South and West sides.

“Many of our young students will then talk specifically about how they didnt think the work that was in the Loop or in these skyscrapers was for them. They didn’t see themselves as a part of Chicago,” said Kim Nicholas, Genysis Works executive director.

“It’s heartbreaking, truthfully. I’m getting emotional. Yeah, this city belongs to them.”

Plair, from West Garfield Park, says he’s had similar thoughts himself, but that hasn’t stopped his drive.

“The fact that I’m stepping out and going towards can show other people that yes, there’s many things, that you may not think are meant for you, but if you just go and get it you can always grasp it.” he said.

Erik Toledo just wrapped up his internship with Salesforce, earning minimum wage for 10 months. He’ll soon be attending the Univesity of Illinois.

“I was able to help my parents with like their bills and other personal expenses, but I was able to also prepare for college.” Toledo said

Toledo dropped off his Genesys-issued computer on this day, passing the baton for the next success story.