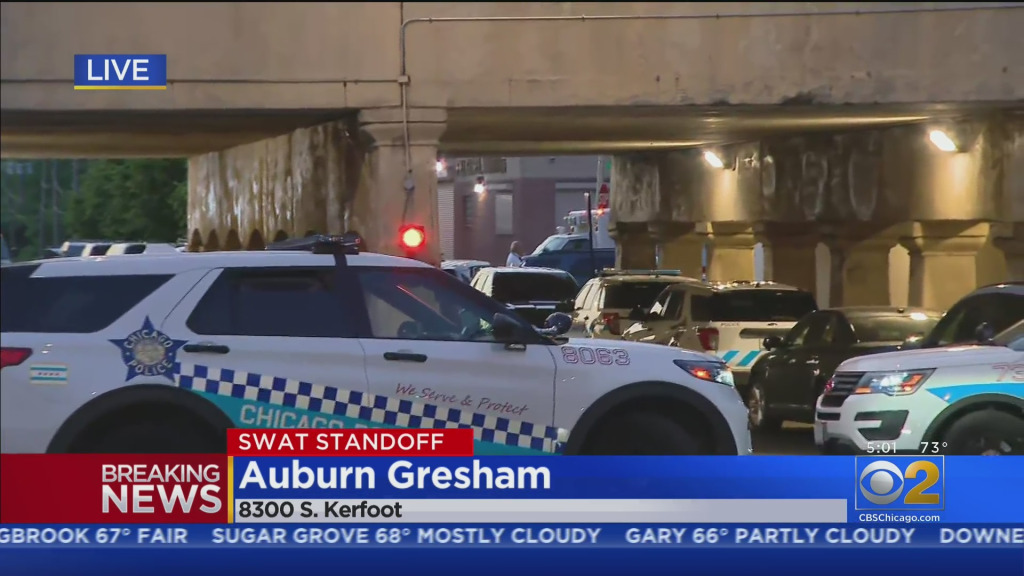 CHCAGO (CBS)– A SWAT team is responding to a barricade situation in Auburn Gresham.

According to police, officers on patrol saw a man in an alley shooting into a garage in the 300 block of South Kerfoot Avenue just before 12:30 a.m.

Police said a responding officer “discharged their weapon at the offender” before the offender fled the scene.

Police said the offender barricaded himself in his home and a SWAT team has been on the scene for over five hours.