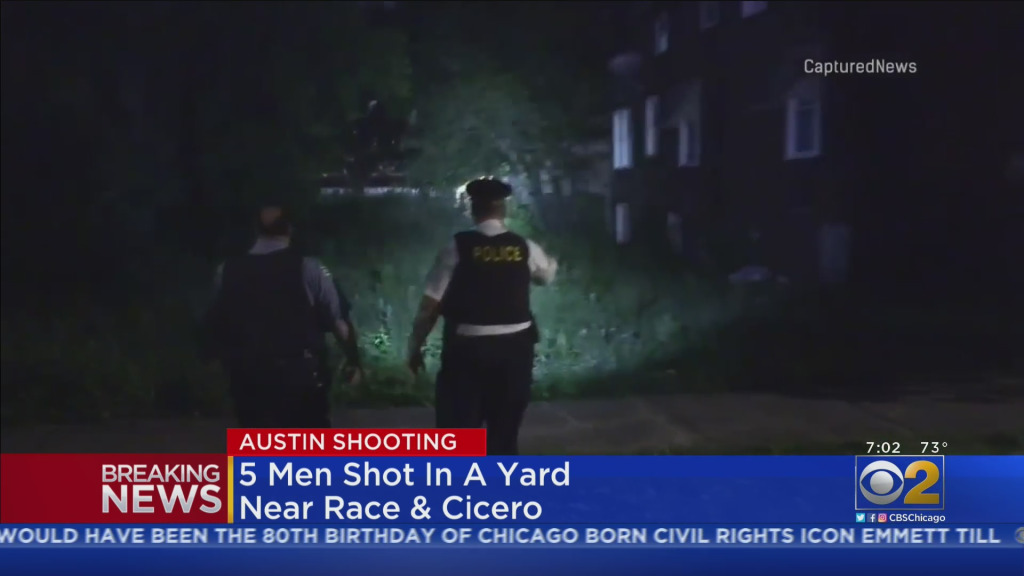 The five men were standing in a yard in the 4800 block of West Race Avenue just before 12:30 a.m. when an unknown man showed up and shot all the men in the legs.

All five, whose ages ranged from 23 to 50, were hospitalized and stabilized Sunday morning.

All of the victims are expected to recover.

No one is in custody and Area Four detectives are investigating.