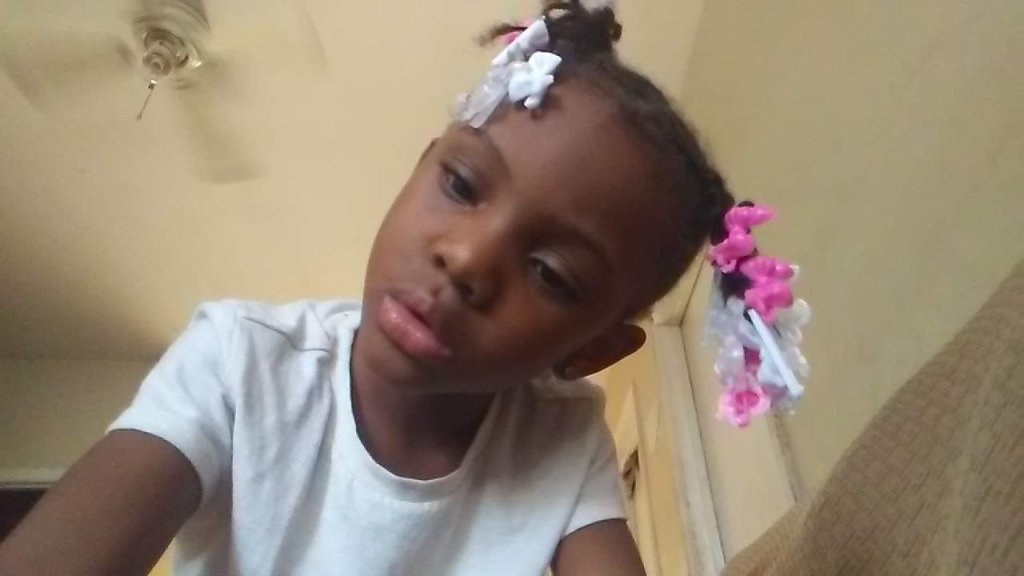 CHICAGO (CBS) — The third and final suspect in the April slaying of 7-year-old Jaslyn Adams has been charged with first-degree murder, and is due to appear in court Wednesday, two days after he was finally captured.

Devontay Anderson, 22, was arrested by the FBI on Monday in Chicago, on federal charges of unlawful flight to avoid prosecution in Jaslyn’s killing, according to a federal court filing asking a judge to dismiss the complaint now that Anderson is in custody.

Wednesday morning, Chicago Police said Anderson has been charged with one count of first-degree murder and one count of attempted murder in the April 18 shooting that left Jaslyn dead and her father seriously wounded. Anderson is due to appear in bond court Wednesday afternoon. An arrest warrant had been issued for Anderson in April, and authorities at one point tracked him to Miami, but it’s unclear exactly when he returned to Chicago.

Two other men, 21-year-old Demond Goudy and 18-year-old Marion Lewis, also have been charged for their roles in the fatal shooting.

Lewis was arrested four days after the shooting, after he was shot and wounded by police and apprehended as he tried to carjack a family on the Eisenhower Expressway following a pursuit.

Goudy was arrested on April 26 as detectives were conducting a follow-up investigation in the 1500 block of South Springfield Avenue in Lawndale. SWAT units were called in for help, and Goudy later came out on his own.

Goudy and Lewis both are being held without bond.

Anderson, Goudy, and Lewis are accused of attacking Jaslyn and her father as they were sitting in an Infiniti sedan in a McDonald’s drive-thru in the 3200 block of West Roosevelt Road. Anderson and Goudy are accused of opening fire on the Infiniti while Lewis waited in the getaway car. Jaslyn was rushed to Stroger Hospital, where she was pronounced dead. Her father, Jontae Adams, was seriously wounded, but survived. According to Cook County prosecutors, surveillance video from the McDonald’s shows a silver Audi with a paper license plate and distinctive discoloration pull up behind the car with Jaslyn and her father. Two men with hoodies covering their faces jumped out of the car and shot into Adams’ car before getting back into the Audi, prosecutors said. When the victims’ car began to move forward again, the two men again got out of the Audi and fired into the victims’ vehicle again before getting back in the car and speeding away.

According to the federal charges against Anderson, he opened fire on the Infiniti with an AK-47 pistol, while Goudy, the other gunman, opened fire with a Glock pistol.

Prosecutors said Lewis stayed in a car while two other men with him got out and opened fire, and also said he had threatened Jaslyn’s father before.

Over the course of three months, @Area4Detectives worked tirelessly to identify, track and arrest the three individuals responsible for the murder Jaslyn, hopefully bringing a measure of closure to her family. #JusticeForJaslynAdams