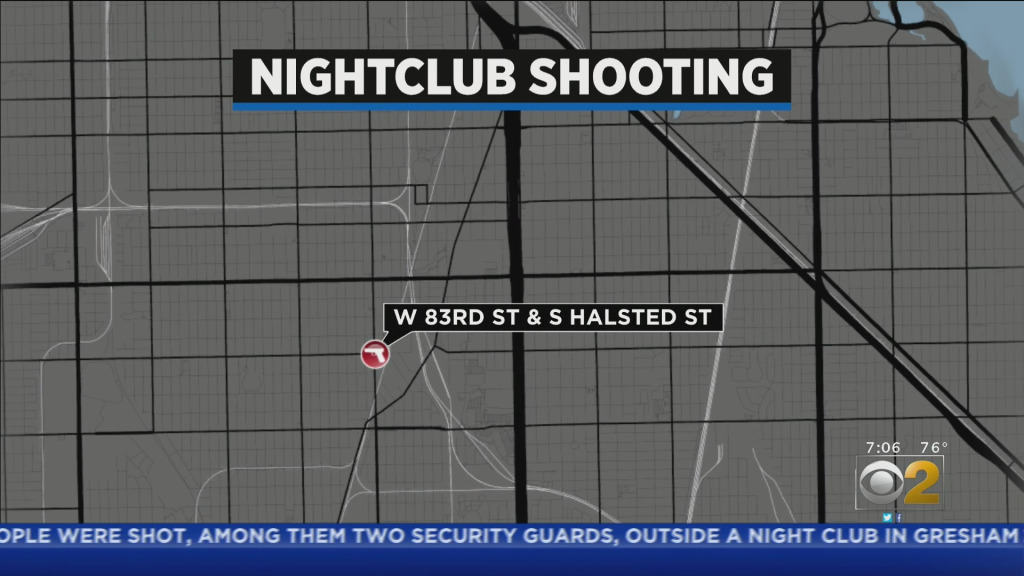 Chicago police say the shooter was someone the guards would not let into the club near 83rd and Halsted just before 1 a.m.

A 40-year-old guard was shot multiple times and was in critical condition Sunday morning at Advocate Christ Medical Center.

A 42-year-old guard was shot in the thigh and the back and is in serious condition at Advocate Christ Medical Center.

Three men standing outside the club were also hit by gunfire and are expected to be OK. Two were shot in the leg and drove themselves to Little Company of Mary Medical Center. A 21-year-old man was shot in the chin and was taken to the University of Chicago Medical Center in good condition.

The shooter fled the scene. No one is in custody, and Area Two detectives are investigating.