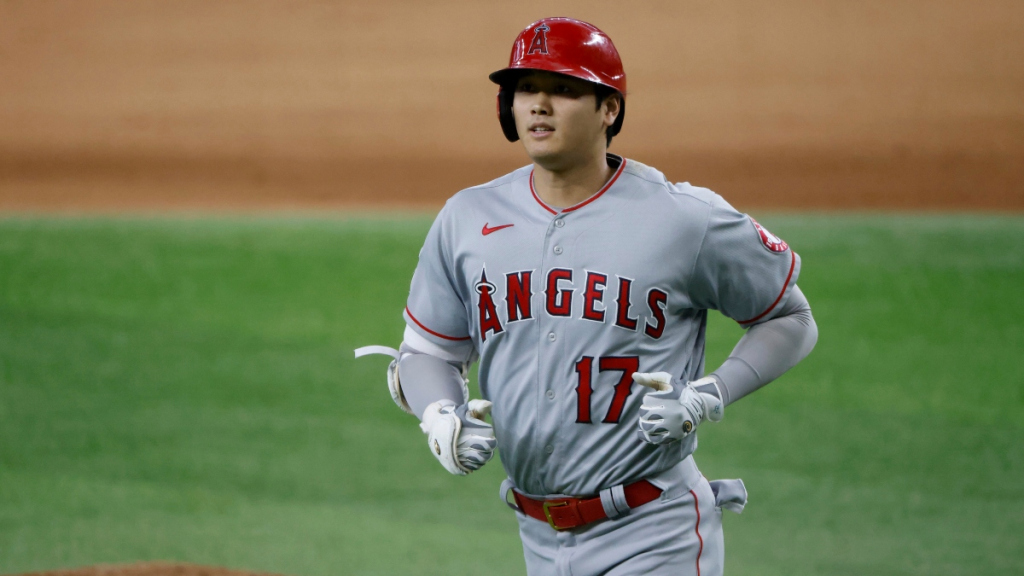 (CBS Los Angeles) — Some division races have the potential to be interesting. The National League East has been tight all season, and the NL West features three of MLB’s best teams. Some division races probably won’t be. The Chicago White Sox currently lead the American League Central by 10.5 games. The same goes for the MVP races. In the AL, Shohei Ohtani, the Los Angeles Angels’ two-way star, makes history every time he steps on the field. But over in the NL, injuries have led to an open field with no clear frontrunner.

This week’s Baseball Report looks at the MVP races, the Field of Dreams game, and the Philadelphia Phillies’ emergence as the NL East leader.

Just as the division races heat up, so too do the MVP races. Los Angeles Angels’ two-way phenomenon Shohei Ohtani seems to have the edge in the American League. San Diego Padres shortstop Fernando Tatis Jr. looked to have the inside track in the National League, until a shoulder injury sidelined him. An extended absence could open the door for someone else.

It’s hard to overstate just how impressive Ohtani has been this season. At the plate, he currently leads the league in home runs with 37. On top of that he’s slashing .269/.362/.653, with his slugging percentage also tops in the majors. His 82 RBI place him fourth in that category. His hitting stats alone would merit some MVP consideration, but Ohtani has also logged 86 innings on the mound. His record as a pitcher is 6-1, with a 2.93 ERA and 106 strikeouts against just 36 walks. Babe Ruth was the last player to pitch at least 100 innings and receive at least 200 at-bats. Ohtani is on course to repeat that feat.

Should Ohtani stumble or suffer an injury, Toronto Blue Jays Vladimir Guerrero Jr. is having a stellar season of his own. His stats at the plate are comparable or, in some cases, better than Ohtani’s. His 35 home runs put him two off the league lead. But he’s also slashing .318/.412/.635 as of Monday, with an on-base percentage that leads the majors. His 87 RBI also top MLB. Guerrero has a reasonable shot at a Triple Crown, which would virtually guarantee an MVP award in most other seasons.

The National League MVP race has become a little messy. Atlanta Braves outfielder Ronald Acuña Jr. is out for the season. New York Mets pitcher Jacob deGrom has seen somewhat limited action. And now Tatis is laid up. The length of his injury recovery could help determine the NL MVP.

Tatis, to date, is hitting .292, with 70 RBI and 31 home runs, the latter of which tops the NL. He also leads the National League with a .651 slugging percentage. If his absence is brief and he continues to hit well, Tatis should maintain a slim lead in the MVP race. Otherwise, plenty of other candidates could catch him.

The list of players who could pass the ailing Tatis, provided they remain healthy themselves, includes Max Muncy of the Los Angeles Dodgers, Zack Wheeler and Bryce Harper of the Philadelphia Phillies, Juan Soto of the Washington Nationals and Tatis’s teammate Manny Machado. There are plenty of others. While all are playing well, none have particularly distinguished themselves in the crowded NL MVP race.

The Field of Dreams game was supposed to take place on August 13 of last year. But the COVID pandemic pushed it back a year. In reality, this game between the Chicago White Sox and New York Yankees is over 30 years in the making.

Field of Dreams, a movie released in 1989, is the story a man coming to terms with his estranged father through baseball and the game’s great players of the past. Kevin Costner stars as Ray Kinsella, an Iowa farmer who stopped playing catch with his dad as a teenager. He starts hearing voices in the cornfields. Following their instructions, Ray plows under his crops to build a baseball field. Deceased players of yesteryear start showing up to play, one of whom is “Shoeless” Joe Jackson (played by Ray Liotta), his father’s favorite player, who Ray had once mocked as a criminal. Another turns out to be a young version of Ray’s father. Ray gets to play catch with his dad again.

The movie has become a modern American classic. And on Thursday, the Chicago White Sox will host the New York Yankees on a temporary field built near the site of the movie’s original site. This will be the Iowa’s first every major-league game. The stadium holds 8,000 people, and the playing field is roughly the size of a typical MLB ballpark. Home runs hit over the right field wall could actually land in a cornfield. Both teams will wear uniforms inspired by the classic uniforms of bygone days.

After one game in Iowa, the White Sox and Yankees will continue their three-game series in Chicago on Saturday. The White Sox lead the American League Central by 10.5 games, as of Monday. The Yankees sit third in the AL east, 6.5 games behind the Tampa Bay Rays.

The NL East has been tight for much of the season. The Mets had led the division basically since May, though up to four teams have been in the mix at times. The Nationals have since dropped off the pace, making it a three-team race. What’s interesting is the order of those teams.

The Mets picked the wrong time to go into a tailspin (as if there’s ever a right time). They’ve lost eight of their last 10 games, to slip to third in the division. Meanwhile, the Phillies have found their stride, winning eight of 10 themselves. Their current eight-game winning streak is their longest since 2011. (Maybe not coincidentally, that was also the last time they made the playoffs.) In two weeks, they went from four games back in the division to two games up.

The Phillies have the Mets partially to thank, after sweeping them at home over the weekend. While Wheeler and Harper are playing well, Philadelphia is still a little banged up. Eleven players are on the injured list, weakening the lineup and the rotation. If their stars keep producing, and the team gets healthy, the Phillies should be able to take advantage of a favorable schedule.

Winning the division is the only route into the playoffs from the NL East. (The NL West may very well send three teams.) Right now the Phillies are well on their way.