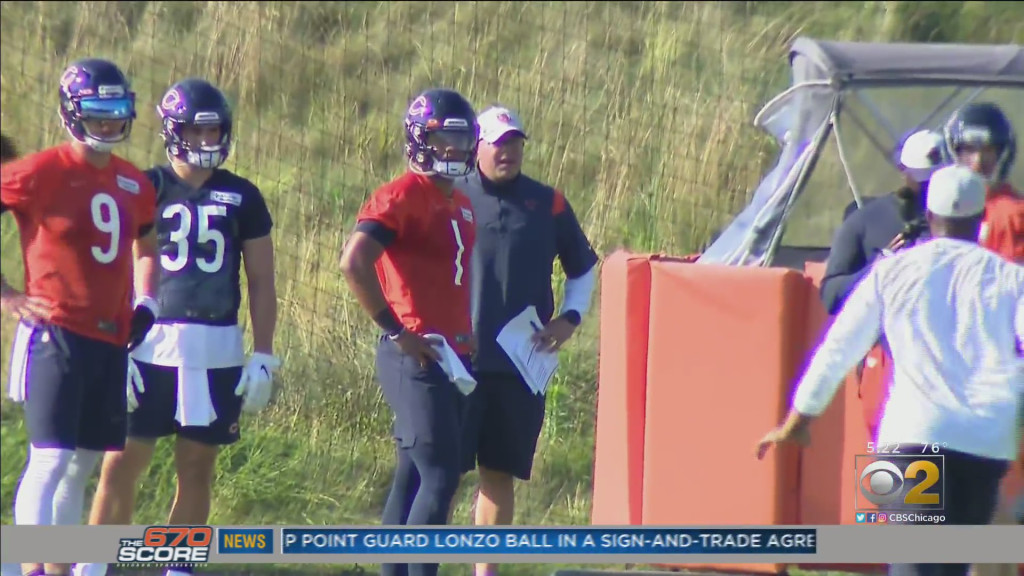 CHICAGO (CBS)- Expectations for Matt Nagy and the Bears heading into the 2021 season are middling at best. Though there’s excitement around new quarterback Justin Fields, questions along the offensive line, at receiver and in the secondary have oddsmakers listing the Bears win total at 7.5 for this season. In a new 17-game format, even hitting the over at eight wins would leave the team under .500. But, Bleacher Report’s Alex Kay doesn’t even expect the team to do that, listing them as one of the seven teams “most likely to disappoint”.

“The Bears also lost some notable pieces on the open market and failed to restock the cupboard. They are down a starting cornerback in Kyle Fuller, parted ways with starting tackle Bobby Massie and weren’t able to retain a key rotational defensive lineman in Roy Robertson-Harris,” Kay writes.

The organization did go bargain hunting in trying to replace Fuller, signing free agents Artie Burns and Desmond Trufant. Both players come with high profile pedigrees as former first round picks but neither have had the production to match in recent seasons. Still, they’ll likely be helped by a pass rush that includes Akiem Hicks, Khalil Mack and Robert Quinn.

The offensive line is one giant question mark as Elijah Wilkinson is the most experienced tackle with nine games played and seven starts last season. There is also question of when Fields will take over the starting job as Nagy has been insistent that Dalton will start Week 1.

Another potential problem is the schedule. Based on opponent records from last season, the Bears have the 3rd-toughest slate in the league this season behind only the Pittsburgh Steelers and Baltimore Ravens.

With road trips to face the Los Angeles Rams, Cleveland Browns, Tampa Bay Buccaneers and Seattle Seahawks all on the out of division slate, it’s a difficult road. And the team hosts the Baltimore Ravens and San Francisco 49ers. All six of those teams are expected to be in the playoff hunt. As are the Green Bay Packers and Minnesota Vikings within the division.

Will it be a disappointing year for the Bears? Or will they surprise and get to eight or nine wins? Let us know your thoughts.