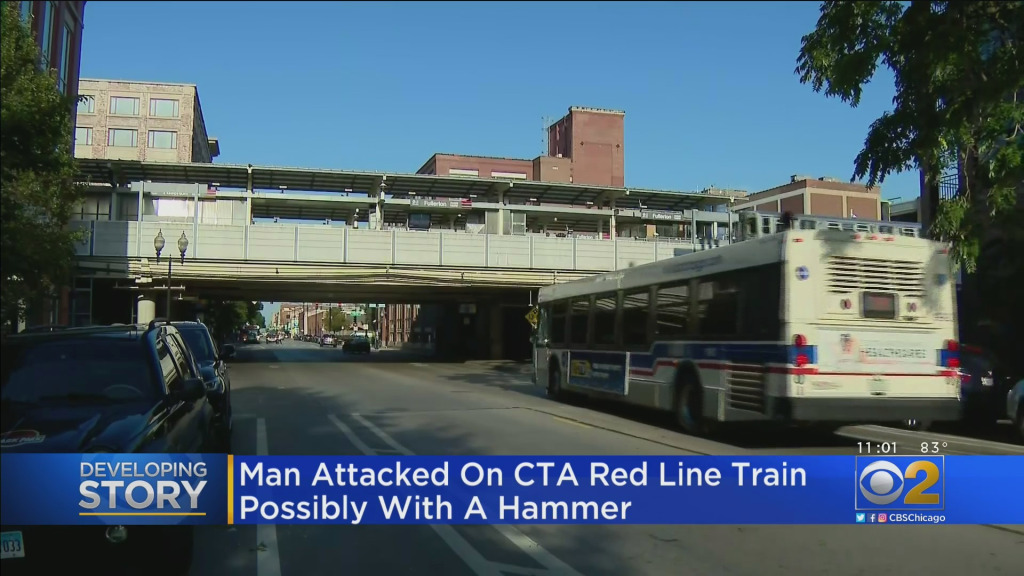 Police said the 50-year-old was sitting on the train when an unknown male offender struck him, at the Fullerton station in the 1200 block of North Clark Street around 5:11 a.m. Police said the weapon used was “possibly” a hammer.

The victim was taken to Illinois Masonic Hospital where his condition was stabilized.

Police are questioning a person of interest. No arrests have been made.

While police have not confirmed a connection between incidents, there have been several hammer attacks on CTA trains.

Last week, police issued a community alert saying an offender wanted for these incidents “utilizes a hammer” when attacking people on CTA Red and Green Line platforms and a CTA bus on Addison Street.

Past incidents have taken place at the following locations: