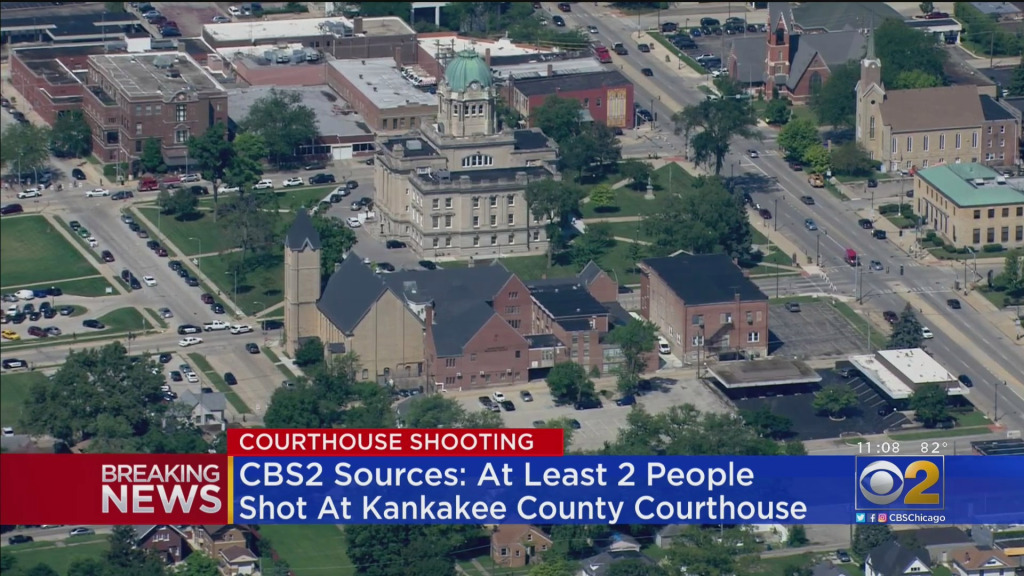 CHICAGO (CBS)– Police are responding a shooting outside the Kankakee County Courthouse.

The Kankakee Daily Journal reports that two people have died.

A witness tells CBS 2 that he saw two bodies lying outside the courthouse.

All city buildings will be temporarily closed as police investigate the shooting, city officials announced.

There are confirmed reports of an active shooter by the courthouse. As a precaution, city buildings will be temporarily closed to the public until we receive more information. Thank you for your understanding pic.twitter.com/g76ogrVnJr

Kankakee School District 111 has placed all schools on lockdown, according to a post on the district’s Facebook page.

CBS 2 will continue to provide updates on the incident.