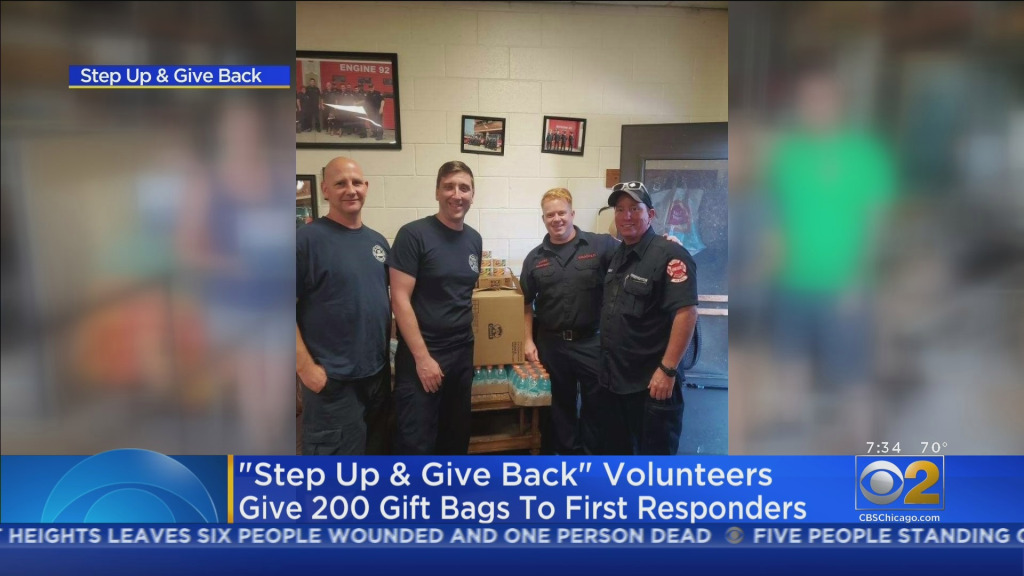 CHICAGO (CBS) — In the aftermath of Officer Ella French’s death, a Chicago organization is giving back to her colleagues and other first responders in a very special way.

Volunteers with the nonprofit organization Step Up and Give Back filled 200 bags with donated items, including everything from toiletries to snacks and Gatorade for Chicago police officers who are all part of the Community Safety Team.

The bags were given out to members of the unit where French worked.

Each bag also included a hand written card thanking each officer for their service.

The group also dropped off bags at the Garden Homes Volunteer Fire Department and the fire house on 111th and Kedzie.

Donations come from people around the country and PepsiCo.

Last year the organization passed out more than 4,000 bags to officers during the pandemic.