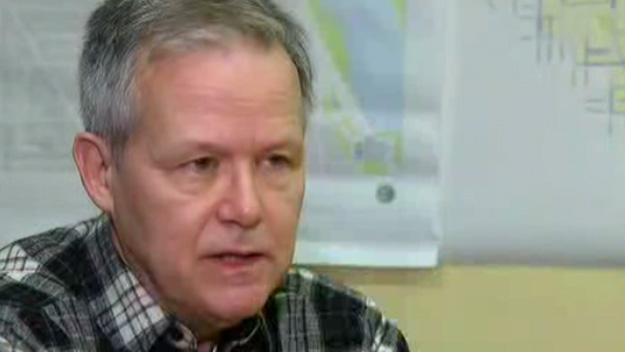 CHICAGO (CBS) — Ald. James Cappleman (46th) reported he was attacked Saturday evening in Uptown while confronting a man who had been drinking in public.

Chicago Police said Cappleman suffered minor injuries after being struck with a blunt object at Leland and Racine avenues around 7:15 p.m., and refused medical attention.

In a statement, Cappleman said he received a text from a constituent that there were numerous drunken people at that Uptown corner. The alderman reported the corner has had issues with public drunkenness for the past couple of years, but it started getting “much worse” a few months ago.

Cappleman reported he had called 911 for public drinking at Leland and Racine earlier in the day, and his husband had removed some small garbage cans that people had been sitting on as they drank “constantly.”

Cappleman reported when he arrived on Saturday evening, he saw one man at 1150 W. Leland Ave. and told him drinking at the corner had to stop, “because it wasn’t fair to the community, especially to the young parents with kids who feel unsafe.” The alderman said he also picked up a small table that had been set up at the corner for the past couple of days for drinkers to rest their beers upon.

Upon turning the corner, Cappleman reported he saw several “highly intoxicated” people lying on the sidewalk along Racine Avenue. One of those men told Cappleman the table the alderman had just picked up was his table, and Cappleman told the man no, it was not, and the table was going to be thrown away.

At that point, the man grabbed the table from Cappleman, the alderman reported. Cappleman said he told the man to let go many times, but the man fought him over the table and it ended up breaking.

Cappleman’s husband called police and the man was arrested. The alderman reported the man had 47 prior arrests.

Cappleman reported that he had previously tried to help the man with his addiction, housing, and employment many times, but the man has consistently refused.

“I told him I cannot have his behavior scaring the rest of the community,” Cappleman wrote.

Cappleman wrote that the man who got into the fight with him had pervious arrests for offenses such as aggravated assaults with a deadly weapon, heroin possession, and battery. The alderman blamed the man and two others who were with him Saturday night for a “disproportionate” number of issues in the neighborhood over the past five years.

“I want these three individuals to get the kind of help that will produce some results,” Cappleman wrote. “Right now, the interventions aren’t producing results to help them deal with their addiction which is the primary cause of their illegal behavior.”

Chicago Police reported the incident was under investigation Sunday, and charges were pending.